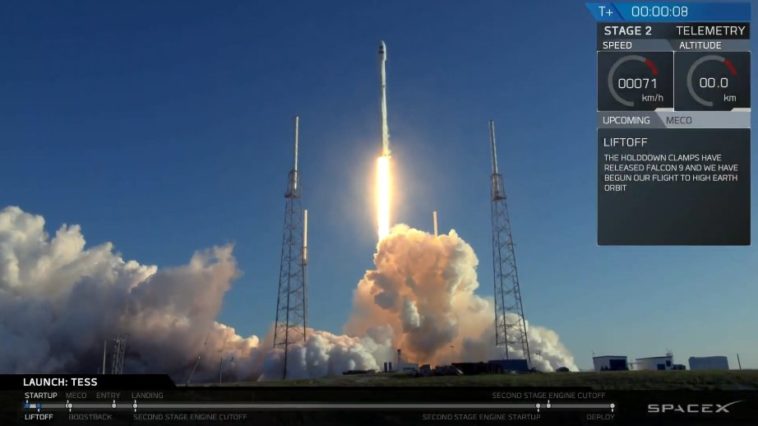 Fox Mulder once said that “the truth is out there.” The X Files co-protagonist never said anything about the truth being found by a SpaceX Falcon 9 rocket carrying NASA’s Transiting Exoplanet Survey Satellite though…

However, that event did happen this week and it is set to provide a massive boost in the quest for the truth. This step on the road to finding intelligent life on planets other than our own (it’s not always easy to find it here) was by helped by Elon Musk’s SpaceX, who successfully launching NASA’s new planet hunting telescope.

The Transiting Exoplanet Survey Satellite, or Tess for short, was launched from Cape Canaveral on Wednesday. It is expected to give scientists the opportunity to detect atmospheric signs of life in areas of space which haven’t been practically examined yet.

In the search for other planets that are suitable for living, it’s a pretty cool addition to NASA’s existing Kepler Space Telescope. Of course, planets that are discovered by the Kepler are too far away for in-depth practical study. However, it is expected that this spacecraft will discover planetary bodies that are close enough to examine for signs of life.

Space Exploration Technologies Corp., doing business as SpaceX, is the Elon Musk founded private American aerospace company. The folks there have had quite a busy few weeks. At the start of April, they resupplied the International Space Station, which was just after their successful SpaceX Falcon 9 launch for Iridium Communications on March 30th.