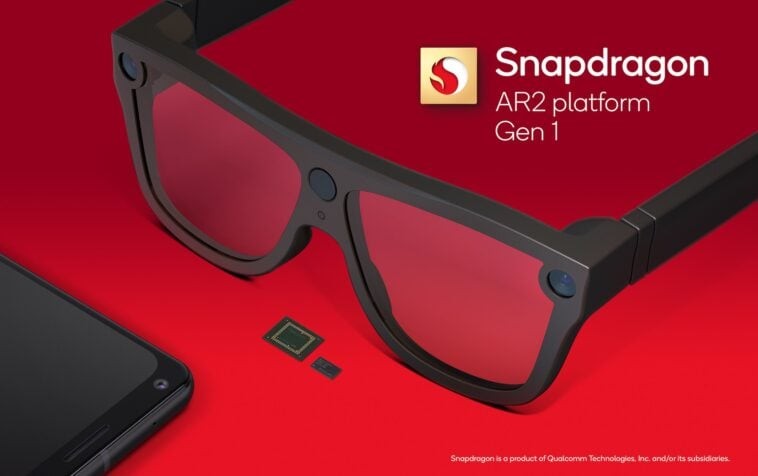 Yesterday at the 2022 Snapdragon Summit in Maui, Qualcomm announced their flagship Snapdragon mobile platform 8 Gen 2 which heavily focuses on AI and is set to power future flagship smartphones. Today at the summit, the tech giant is talking about what’s next for them in computing, XR, and sound.

Snapdragon is committed to AR and wearables, and that’s become apparent with their introduction of the Snapdragon AR2 platform which they announced at the Summit today. The AR2 platform is designed for AR glasses only.

The platform has been specially developed to allow for untethered AR glasses that can offer eye tracking, and Wi-Fi 7 support, all while being low power. As a matter of fact, AR glasses powered by the Snapdragon AR2 platform use less than 1W power without the display – that’s 50% lower power consumption than the previous generation.

AI performance has increased significantly too – by 2.5x. That means everything from hand tracking to display performance will be 2.5x more responsive. 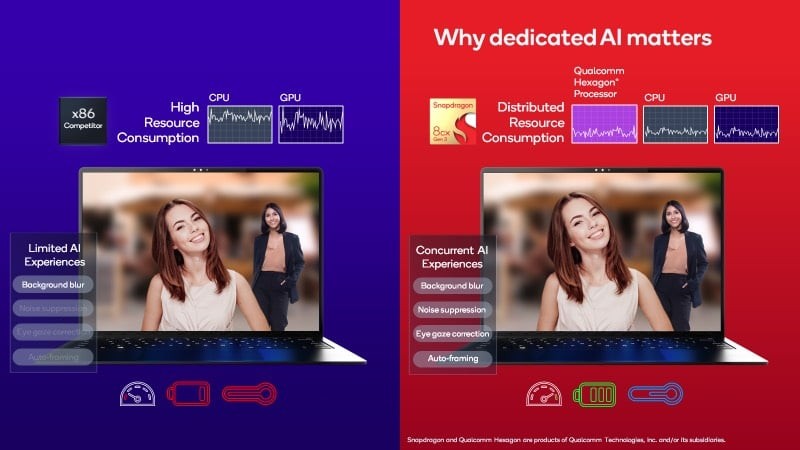 Qualcomm is also showcasing on-device AI and how it’s transforming the PC landscape.

Qualcomm’s believes that the dedicated AI on their chipsets will disrupt the industry. It will allow apps to deliver, richer, more immersive experiences and ultimately the line between a PC and a smartphone is blurring.

Why does dedicated AI matter? Dedicated AI can offload tasks from the CPU and GPU. For instance, it can help with video calls by offering superior background blur, noise suppression, and eye gaze correction.

Adobe was on stage at the Summit to announce new Creative Cloud applications which leverage the Qualcomm AI engine. To that effect, Adobe Fresco and Adobe Acrobat have become native for Windows PCs powered by Snapdragon. In addition, Adobe 3D and Immersive tools are expanding to work for authoring and viewing capabilities on AR and mixed reality Snapdragon Spaces-supported products.

Microsoft was also on stage talking about how it’s working with Snapdragon for their Surface Pro 9 with 5G and to help power their Windows Studio Effects.

Qualcomm recently surveyed 6,000 consumers and found that audio uses cases post-pandemic continue to evolve. More so than ever, people are interested in lossless and high-res music streaming.

Spatial audio for an immersive experience is also growing in importance. When it comes to gaming, mobile gamers prefer to use wireless earbuds and they don’t want to tolerate audio dropouts or glitches.

These findings have reinforced the need for Snapdragon Sound on the newly announced Qualcomm S5 and S3 Gen 2 Sound Platforms which have been upgraded to include added support for Spatial audio, as well as improved latency for gaming and lossless audio.