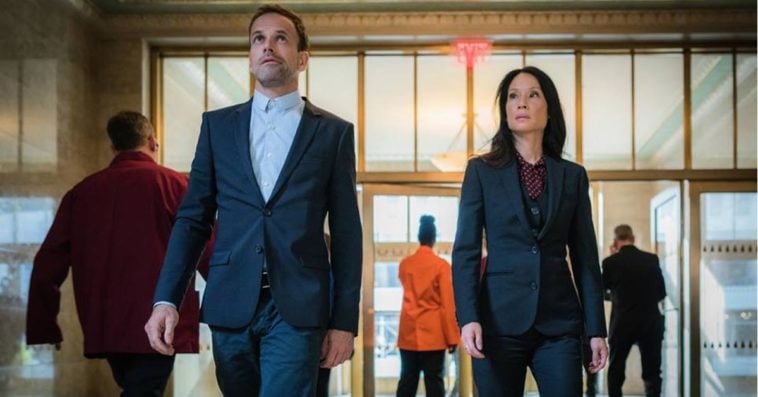 Sherlock Holmes and Joan Watson will be solving their very last case soon.

CBS announced on December 17th that the upcoming 13-episode Season 7 of Elementary will serve as the final installment of the crime drama series.

The decision to end the show, starring Jonny Lee Miller and Lucy Liu in the lead roles, was reportedly made when the network renewed the series for a seventh season in May. Filming for Season 7 wrapped on December 14th with the final scene in the finale the last one to film.

“A lot of parties came together and talked about their positions on the show — both in terms of business and in terms of creative — and we all decided that this was an opportune time to say goodbye to a show that has been very, very good to us,” CBS Entertainment President Kelly Kahl said.

Executive producer Carl Beverly also explained why he thinks it’s about time to conclude the long-running series. “Rob set out to tell a story, and it feels like he has accomplished what he had set out to do,” Beverly said of series creator Rob Doherty. “The actors, the crew and the cast feel that way, and we feel that. So are grateful and celebrating what we had and looking forward to the future.”

Executive producer Robert Hewitt Wolfe, meanwhile, took to Twitter to thank the whole Elementary team and reveal that working on the show was a “career highlight” for him.

Once again, just wanted to say what an incredible honor it was to work on this show. From creator Rob Doherty and his partner-in-crime Carl Beverly, to my fellow writers, our amazing cast and crew, our top notch editors, #Elementary was a 1st class group in every way.

Working on #Elementary was a career highlight and I'm insufferably proud of what we've achieved. Doyle wrote 60 Holmes mysteries, we did 154. Jonny Lee Miller and @LucyLiu have played Holmes and Watson on screen more than any pair in history.

Holmes & Watson are eternal. They'll always be out there, somewhere, on stage, screen, or page, solving mysteries and depending on each other. We gave them voice for a time, and now we move on, leaving them waiting for the next interpretation, the next mystery. Adieu. #Elementary

Season 6 concluded with Sherlock and Joan moving to London, where they started to work with Scotland Yard. The partners, however, won’t be staying in the UK capital for long. “We really wanted to go back to New York and [Tommy] Gregson (Aidan Quinn) and [Marcus] Bell (Jon Michael Hill), and we found what we felt was a satisfying way to bring them back,” said Doherty, who also revealed that there’s going to be a time jump “by the very end” of the final season.

Aside from the four returning principal characters, Season 7 will also feature the great Sherlock Holmes villain Odin Reichenbach, which will be portrayed by James Frain.

Though CBS has yet to set a premiere date for Season 7, Kahl said that the network will surely “try to create some excitement around the finale.”