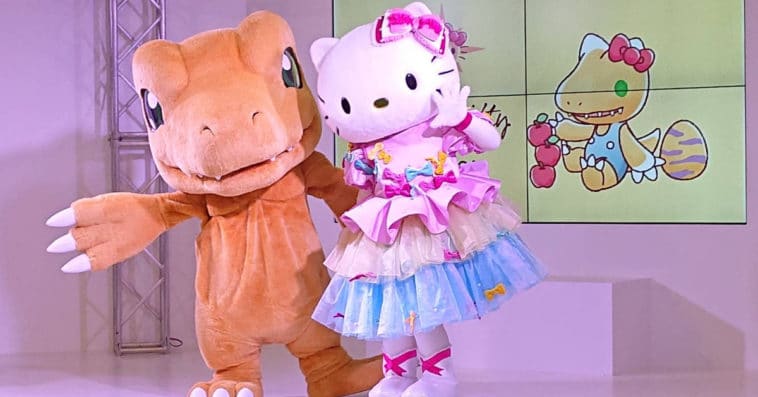 With Digimon Adventure: Last Evolution Kizuna set to make its theatrical debut in Japan next week, fans around the world are more nostalgic than ever for the original Digimon characters that were introduced over 20 years ago. And as a little nod to longtime fans, Digimon has recently collaborated with Sanrio for two sets of adorable artwork that reimagine the original digital monsters as Sanrio characters.

The first set is a crossover art that combines the physical appearance of the Digimons and various Sanrio characters. For instance, one of the images shows what Hello Kitty and Agumon would look like if they were just one character. The other pairings are Pompompurin and Gabumon, My Melody and Piyomon, Goropikadon and Tentomon, Usahana and Palmon, Hangyodon and Gomamon, Cinnamoroll and Patamon, and Kuromi and Tailmon. For added cuteness, the Digimons’ crests also get Sanrio-themed decorations. 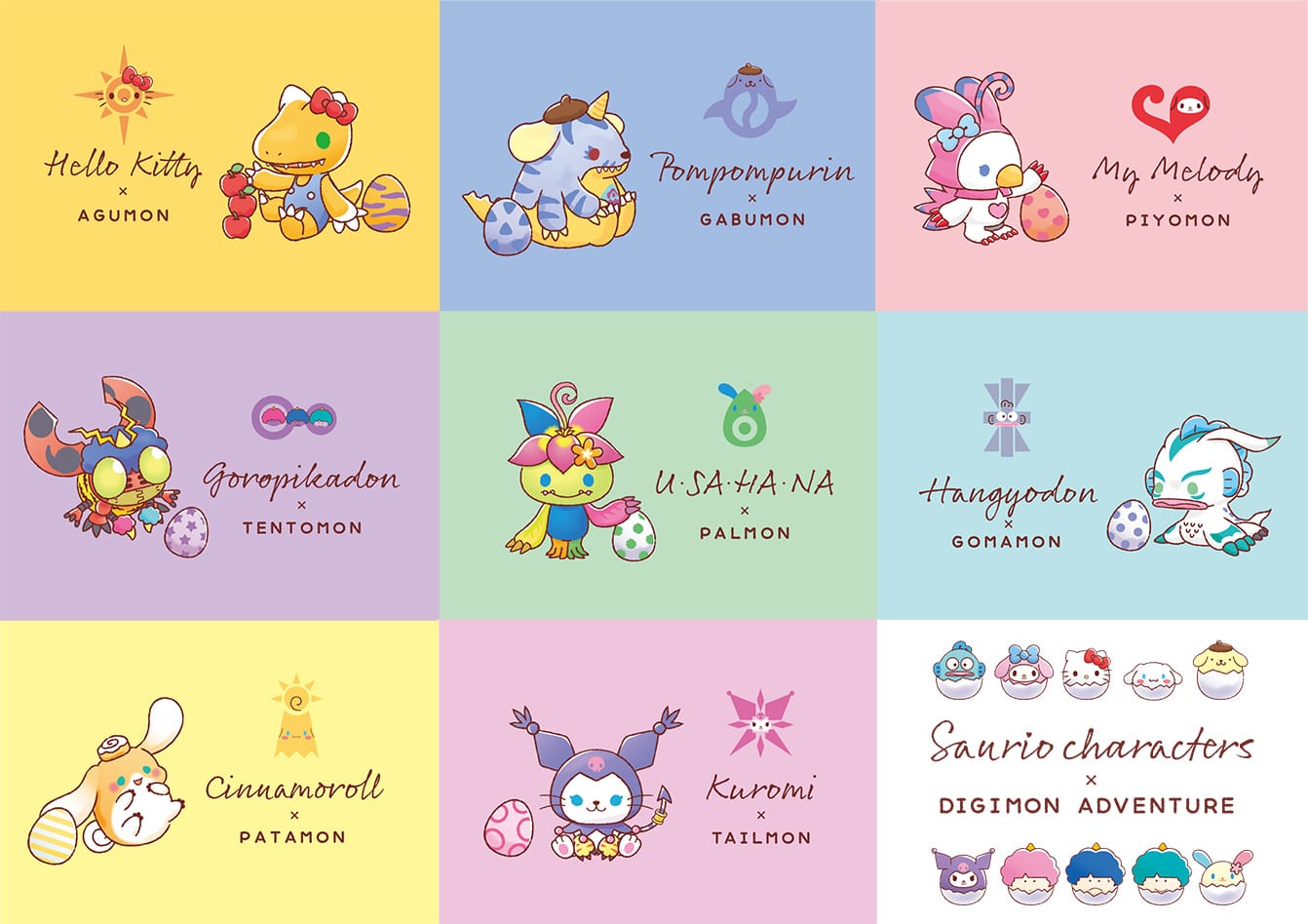 The second set, meanwhile, features adorable illustrations of the eight original DigiDestined with their partner Digimons during the Digimon Adventure era. Drawn in Sanrio’s classic style and natural design, the artworks show Agumon and Taichi, Gabumon and Yamato, Biyomon and Sora, Tentomon and Koshiro, Palmon and Mimi, Gomamon and Joe, Patamon and Takeru, and Gatomon and Hikari standing side by side with their respective crest as their background. 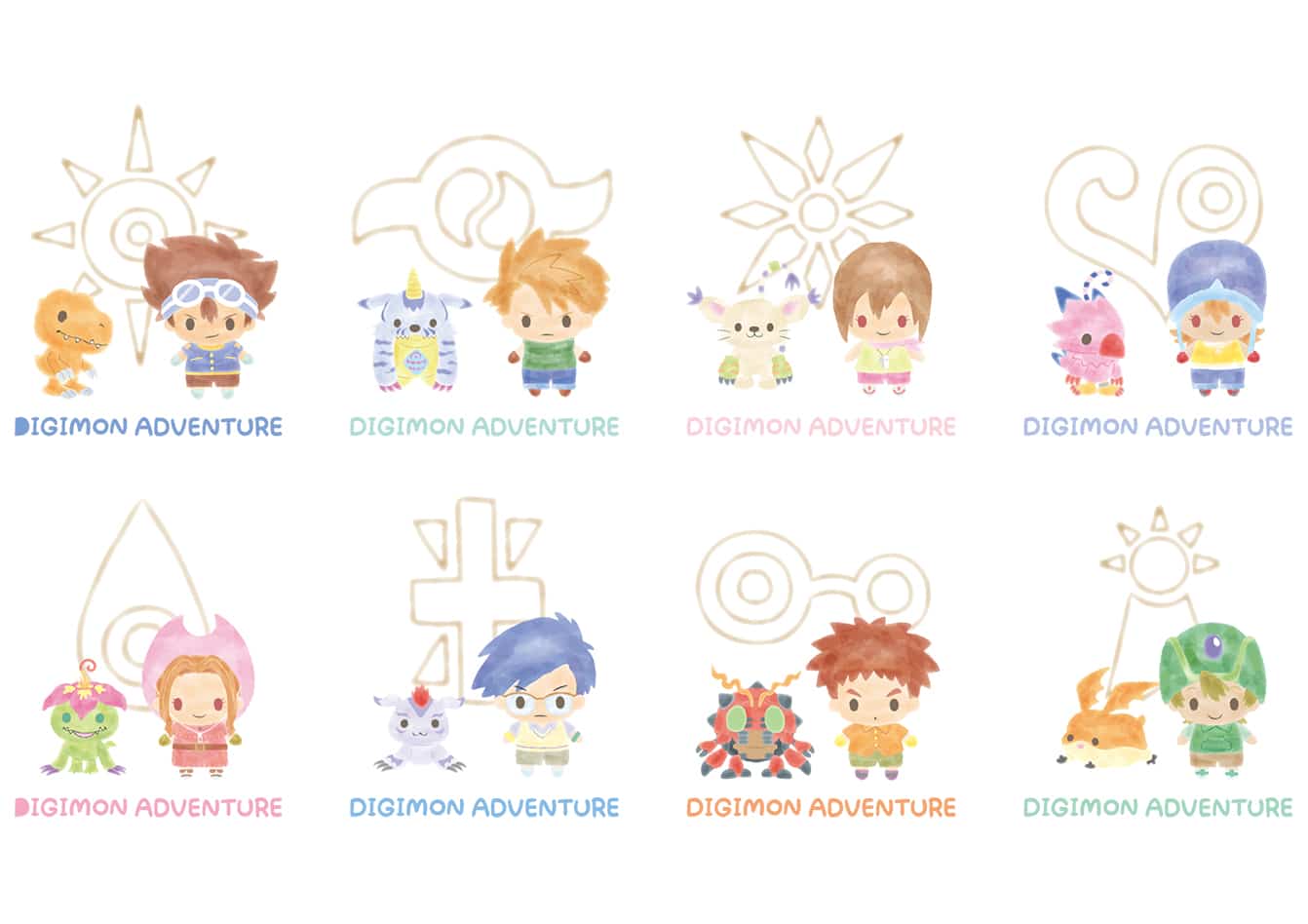 Both sets of artwork will be printed on merchandise to promote the upcoming film.

Directed by Tomohisa Taguchi, Digimon Adventure: Last Evolution Kizuna is the last adventure of Taichi and Agumon. Set five years after Digimon Adventure tri., Taichi and his fellow DigiDestined are struck with the news that with age their bonds with each of their Digimon will come closer to an end, and the more they fight with their partner Digimon, the faster their bond breaks. But with the appearance of a powerful Digimon called Eosmon, Taichi and Agumon, along with their friends, ultimately decide to fight together one last time to save the world.

READ  The most phenomenal female cosplayers on the planet

Digimon Adventure: Last Evolution Kizuna opens in Japanese theaters on February 21st. It will then screen as a special one-night-only theatrical event across the United States on March 25th. U.S. tickets are now available for purchase at FathomEvents.com and participating theater box offices.