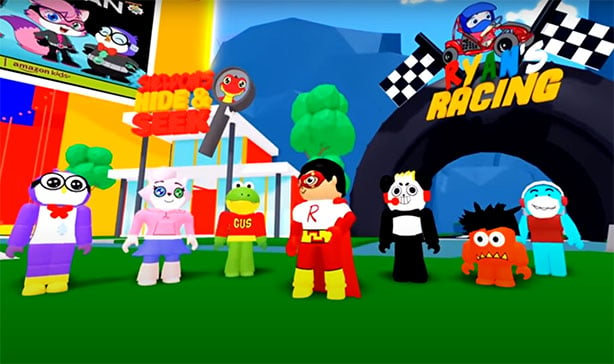 If you’ve been following the YouTube smash hit Ryan’s World, you’ll know that Ryan is seen playing Roblox in a lot of his videos. And just over the weekend, the YouTube child star and Roblox have successfully launched a virtual world that players can visit.

Roblox, an online game creation system, has been around for a long time now but has recently seen a significant increase in players during the pandemic. With this new partnership with Ryan’s World, the company is expecting more traffic on its servers.

The Wall Street Journal reports the that new Ryan’s World level will greet you with familiar faces from the videos and TV shows, including characters like Red Titan and Combo Panda. It also offers designated areas like a racetrack, a school, a beach, and a ”fun zone” with obstacle courses made for you to challenge your friends.

Additionally, Ryan Kaji himself will be there and will occasionally play and meet other players. So in addition to his YouTube channel and other shows, Roblox will be the new virtual space for his fans to gather and safely hang out.

While Roblox is a free-to-play game, there are special in-game items that players can purchase. Using this same feature, Ryan’s World will have ‘gems’ that players can buy and exchange for virtual gadgets and other items.