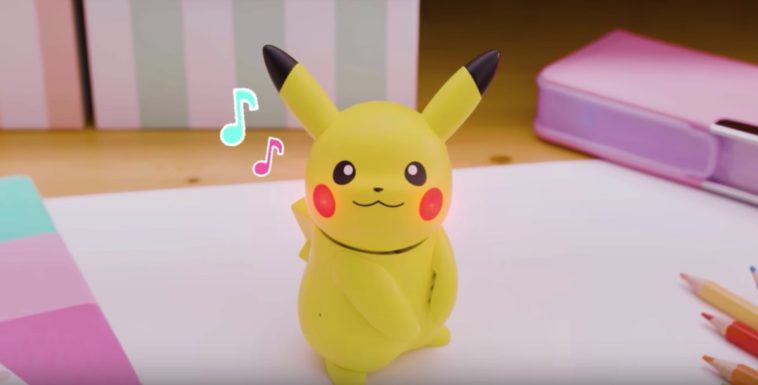 When the news leaked last year about an app for Google Home and Amazon Alexa that would allow users to chat with Pikachu on their devices, we were skeptical. In fact, our first thought was, “why don’t we actually speak to each other instead?” Of course, we soon came to our senses and realized that it’s a nice twist on the faceless (and slightly terrifying) Alexa and welcomed the idea.

Thus, when the news broke about an actual robot Pikachu we could speak to, we were pretty excited. After all, Pikachu is like most of us are while hungover; it has red cheeks, speaks with single syllable words and is a vague yellowish color. Which is why, I, for one, welcome our new Pokemon robot overlords.

SoraNews24 first reported that Japanese toymaker Takara is making many Pokemon fan’s dreams a reality, by introducing HelloPika, a talking Pikachu robot that responds to your commands.

The video displaying the robot shows a decent looking replica that can turn his head, light up his cheeks and make the various noises associated with the “creature”.

There isn’t much detail available about the item yet, but nonetheless, we are willing to say “take our money and take it now!”