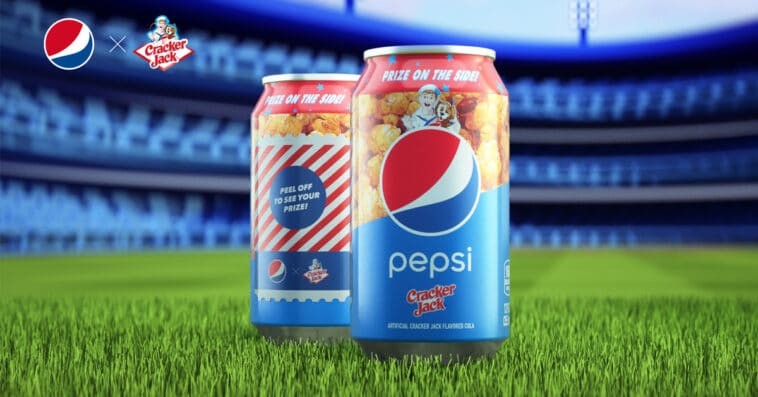 In celebration of October Baseball, Pepsi is releasing a limited-edition Cracker Jack-flavored cola this month.

Simply called Pepsi x Cracker Jack, the new beverage combines the refreshing taste of Pepsi cola with the nostalgic blend of caramel, popcorn, and peanut flavors found in a bag of Cracker Jack. Each 12-ounce can of Pepsi x Cracker Jack comes with one of four original peel-off temporary tattoos, which are a nod to the classic prizes inside Cracker Jack packs back in the day.

Fans are allowed to enter once via Twitter and once via TikTok, for a total of two entries for the entire sweepstakes period. The giveaway doesn’t require any purchase and is only open to legal U.S. residents in 50 states who are 18 years of age or older.

Three grand prizes will be awarded, each consisting of a trip to one game of the professional baseball championship series. The trip includes two game tickets; round-trip coach air transportation for the winner and one guest; double-occupancy, standard hotel accommodations for one night; and $250 to be awarded in the form of a check. Each grand prize winners will also receive one Pepsi-themed collectible box, one can of Pepsi x Cracker Jack, and three boxes of Cracker Jack.

In addition to the three grand prizes, the sweepstakes will also award 2,000 first prizes, each consisting of one can of Pepsi x Cracker Jack and three boxes of Cracker Jack. 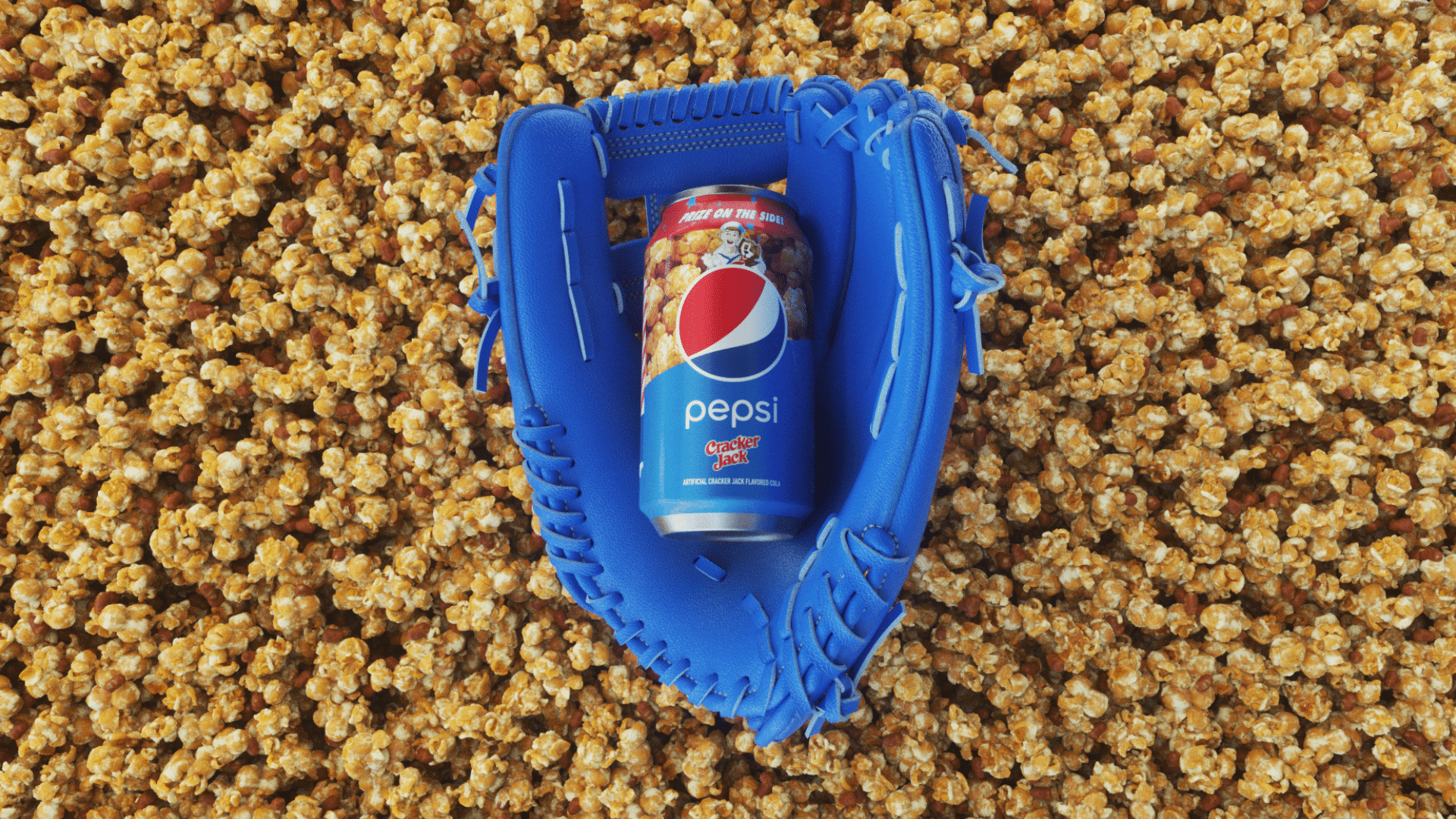 “Pepsi is a brand with a deep legacy in sports and is an endemic part of the ballpark experience, so we thought it would only be fitting to help fans celebrate the biggest month in baseball with our latest limited-edition drop – Pepsi x Cracker Jack,” said Todd Kaplan, VP of Marketing – Pepsi, in a press release. “Our first ever Cracker Jack flavored cola perfectly blends the refreshing taste of Pepsi with the sweet caramel and peanut taste of Cracker Jack in a truly delicious collectible for the biggest of baseball fans. We’re excited to see fans show their excitement for October baseball by unabashedly singing the timeless baseball anthem, ‘Take Me Out to the Ballgame,’ for their shot to get their hands on this unique flavor.”

Tina Mahal, VP of Marketing — Frito-Lay North America, added: “Cracker Jack is thrilled to team up with our friends at Pepsi to bring snack and beverage fans this one-of-a-kind innovation. This partnership is very special to the Cracker Jack brand as it marks the return of our classic prizing element, bringing back one of consumers’ favorite ways to experience their favorite baseball moments, just in time for playoff season.”