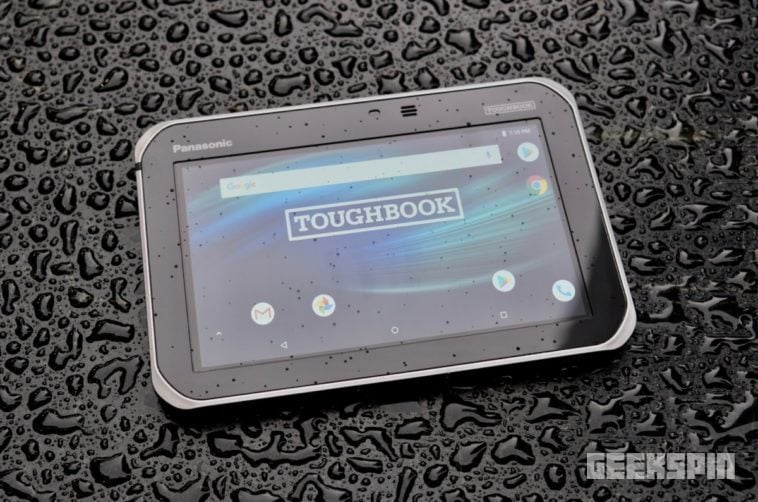 Panasonic is continuing to improve its Toughbook lineup with two brand new products in the form of a handheld and tablet device, and they both come running on Android.

Dubbed the Toughbook FZ-T1 and FZ-L1, these mobile devices are designed specifically for employees who work in fast-paced industrial environments who need the speed, capability, and feature set of modern devices, while maintaining a rugged and sturdy build quality.

We recently reported on Panasonic’s Toughbook FZ-N1, a multipurpose handheld device that’s also designed to withstand an exorbitant amount of punishment. Since all three devices are from the same Toughbook family of products, they share many of the same features, namely Android 8.1 Oreo, Qualcomm Snapdragon CPUs, and MIL-STD-810G military-grade ruggedness.

However, these devices also carry many differences worthy of mention. For example, the T1 and L1 are much slimmer and more refined when it comes to aesthetics. Also, at 5-inches, the FZ-T1 features a larger screen than the aforementioned N1, however, Panasonic’s L1 tablet has the largest of them all at 7-inches. As expected, they all share the same “10-finger” touchscreen technology that allows for unimpeded operation in rainy conditions. In addition, both the T1 and L1 are built to handle 5-foot drops without any issue.

Because Panasonic has manufactured these devices for industry, it’s only right that they include a 1D / 2D barcode reader. Going further, in an effort to eliminate downtime, both the T1 and L1 allow users to “warm swap” batteries on-the-fly. In essence, this means an owner can replace a dying battery with a fresh one without needing to completely power-down the device.

When it comes to connectivity, the Toughbook FZ-T1 will be available in two distinct models – one offers full voice and data services, while the other is WiFi only. According to the company’s press release, the Toughbook FZ-L1 has a WiFi only model and a data only model. Both the T1 and L1 are designed to operate on Verizon and AT&T networks as well as Panasonic’s proprietary P.180 network.

According to the company, each device will sell for $1499 and comes with a 1-year warranty with a 3-year option.