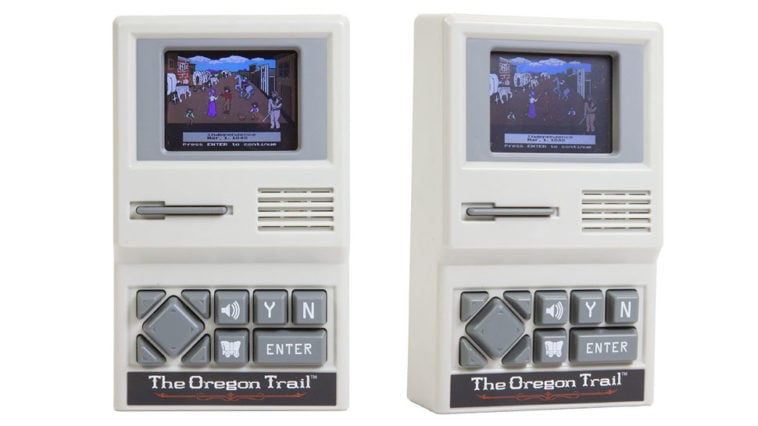 Good news gamers… you will now have the chance to die of dysentery again. And if dysentery doesn’t kill you, nostalgia certainly will (can nostalgia kill?). That is because the infamous game, the Oregon Trail, has returned in the form of an Oregon Trail handheld game.

The game, which was launched in 1974, was the educational tool to rival all others back in its day and it is also the source for the “You have died of dysentery” meme the people of the internet made so popular.

According to The Verge, Target began selling the handheld version of the game last month. If you are new to the game, you should know that the graphics are more Atari 8-bit than Nintendo Switch, but that doesn’t mean it’s not great fun.

The packaging scores points for a neat call out to the internet meme. 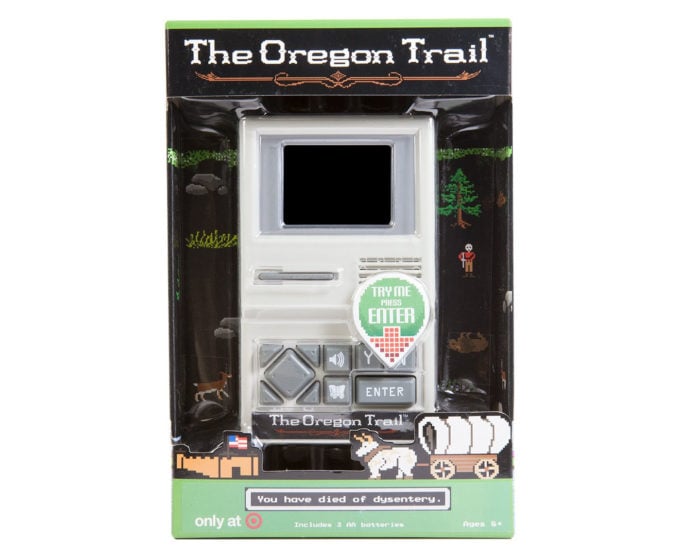 For those of you unfamiliar with the game, the original was designed to teach school children about life in the 19th century. The protagonist is a wagon leader who is guiding a party of settlers from Independence, Missouri, to Oregon’s Willamette Valley via a covered wagon in 1848.

Now, if you’re still awake after reading that paragraph, let us tell you a little more about the new handheld version.

It sticks to the realistic, yet darkly hilarious, idea that random deaths can occur at any time during the game. It also has a few updates to enjoy, including the ability for players to hunt for food… cause, you know, food is good in the fight against random wagon related deaths.

READ  New Fortnite Creative mode is a lot like Minecraft

This game doesn’t reinvent the wagon wheel (see what we did there), but if you got a kick out of the original, you should enjoy this too.

You can buy it online or at your local Target store for around $24.99.

As far as we are concerned, that’s a pretty cheap method of time travel.