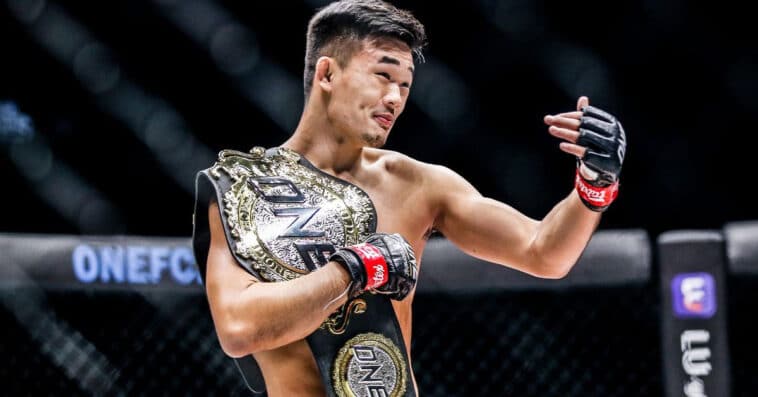 Amazon Prime Video is the new streaming home of ONE Championship events.

Combat sports promoter ONE Championship, which puts on live events that span martial-arts disciplines, including mixed martial arts, Muay Thai, and kickboxing, recently signed a five-year distribution deal with Amazon Prime Video in the U.S. and Canada. As part of the agreement, Amazon Prime Video will exclusively broadcast at least 12 ONE Championship events during prime time each year.

When will the first ONE Championship events stream on Amazon Prime Video?

According to Bloomberg, ONE Championship will debut its first fights on Amazon Prime Video this summer, with plans to sign more North America-based fighters and start holding live events in the U.S. in 2023.

ONE Championship is currently based in Singapore, so expanding its operations in the U.S., where its rival promoter UFC is headquartered, is a big move. Disney’s ESPN is midway through its five-year, $150 million television deal with the UFC.

“We’re gonna give the UFC a real run for the money,” said ONE Championship Chief Executive Officer Chatri Sityodtong in an interview. “The combo of ESPN-UFC is very powerful. I think the combination of Amazon-One is equally powerful.”

Sityodtong added that Amazon Prime Video is the “right partner” for ONE Championship to expand its operations and increase its viewership in the U.S., after its three-year agreement with Warner Bros. Discovery Inc.’s Turner expired last year.

“We are proud to add exclusive coverage of ONE Championship events to our suite of marquee live sports offerings,” Marie Donoghue, Vice President of Global Sports Video at Amazon, said in a press release. In addition to offering a full suite of martial arts disciplines, ONE Championship shares our mutual commitment to elevate female athletes, boasting five reigning female World Champions.”

ONE Championship events will join a number of existing live-sports content on Amazon Prime Video like soccer and tennis. But the streamer’s most prized live-sports content so far is the NFL’s Thursday Night Football, whose games will transfer over from Fox Corporation’s flagship network this coming season as Amazon starts a decade-long exclusive rights deal.

Though Donoghue refused to say if the streamer is in talks with any other sports organizations, she said that it “will continue to look to bring more sports” to its service, “as well as become more of a sports destination.”

“We’re definitely interested in increasing the volume, but we are quite selective,” Donoghue added. “We really are looking for top-tier sports.”