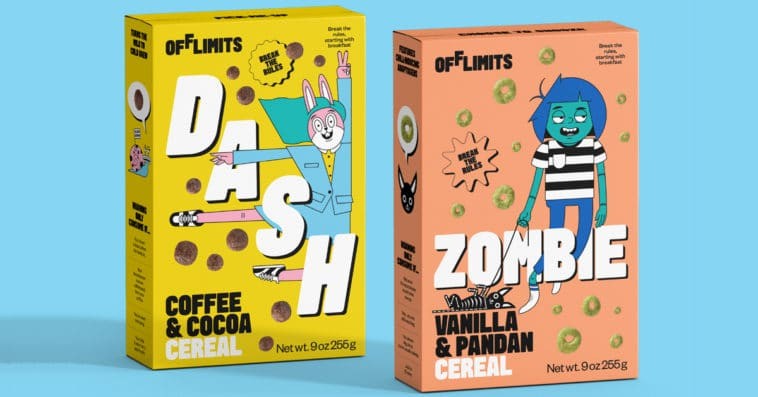 Over four months after its prelaunch at the Break the Rules art exhibition, OffLimits has now introduced itself to the world with two unique cereal flavors that are represented by eccentric characters not commonly seen in mainstream culture.

The first flavor/character is called DASH. The first female cereal character with a backstory, DASH brings equal parts Intelligentsia coffee and cacao, turning milk to cold brew. In a post from the brand’s Instagram account, DASH is described as an “overachieving basic bunny” who wakes up “earlier than the birds” to get things done ahead of time. The other flavor/character is named ZOMBIE, a skater infused with adaptogens for relaxing vibes with vanilla, pandan, and ashwagandha flavor. ZOMBIE strongly believes that “some rules are just plain dumb… like cereal being ONLY for breakfast.” 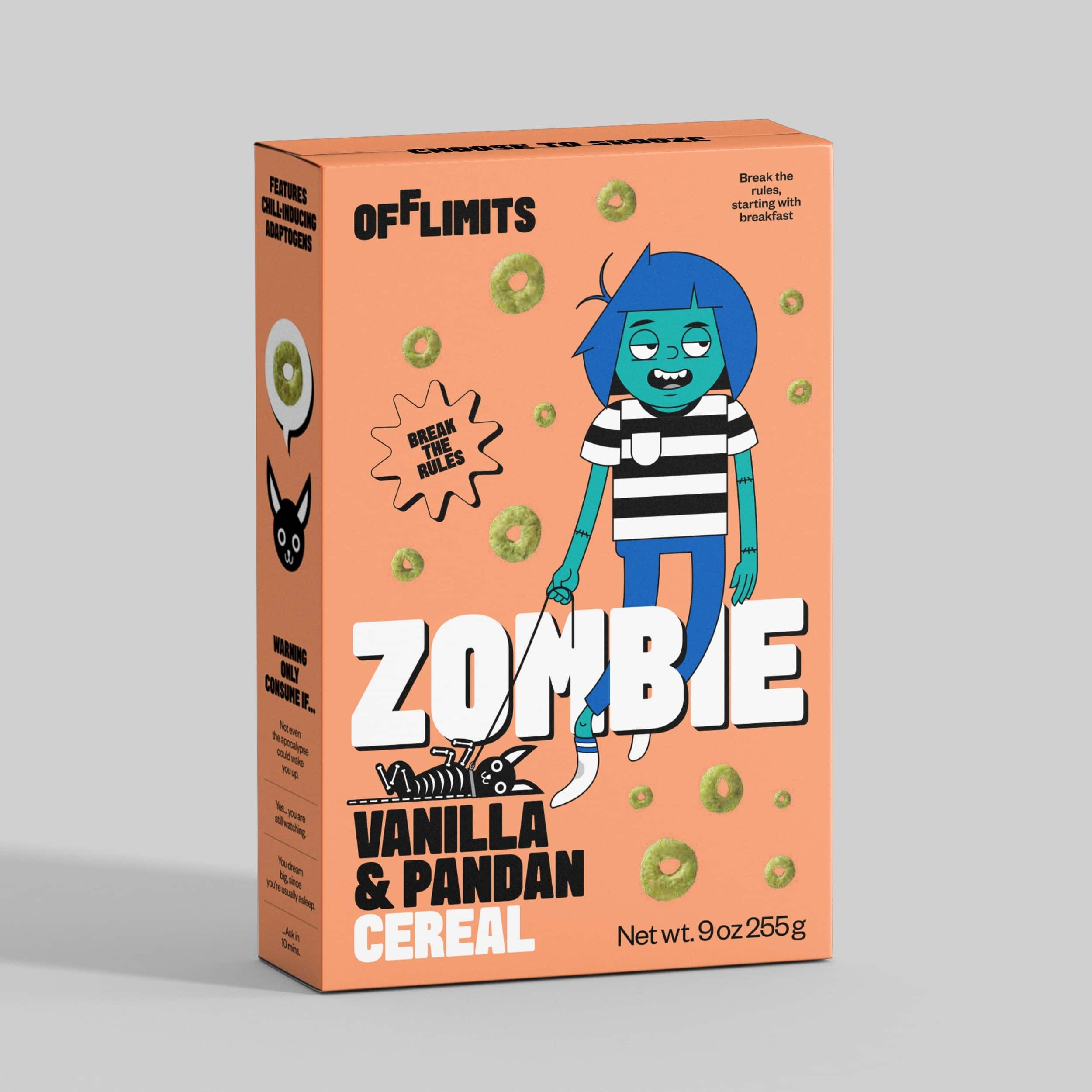 Both cereals are available in 9-ounce boxes. While the price for individual boxes is unclear, a two-pack boxes of DASH and ZOMBIE retails for $24.

In addition to cereals, the OffLimits brand also includes art and toys, like the custom spray paint cans featuring DASH and ZOMBIE. There will also be OffLimits toy store that will offer gamified, arcade-style experience to guests, where they can redeem points collected from cereal purchases for unique merchandise items. 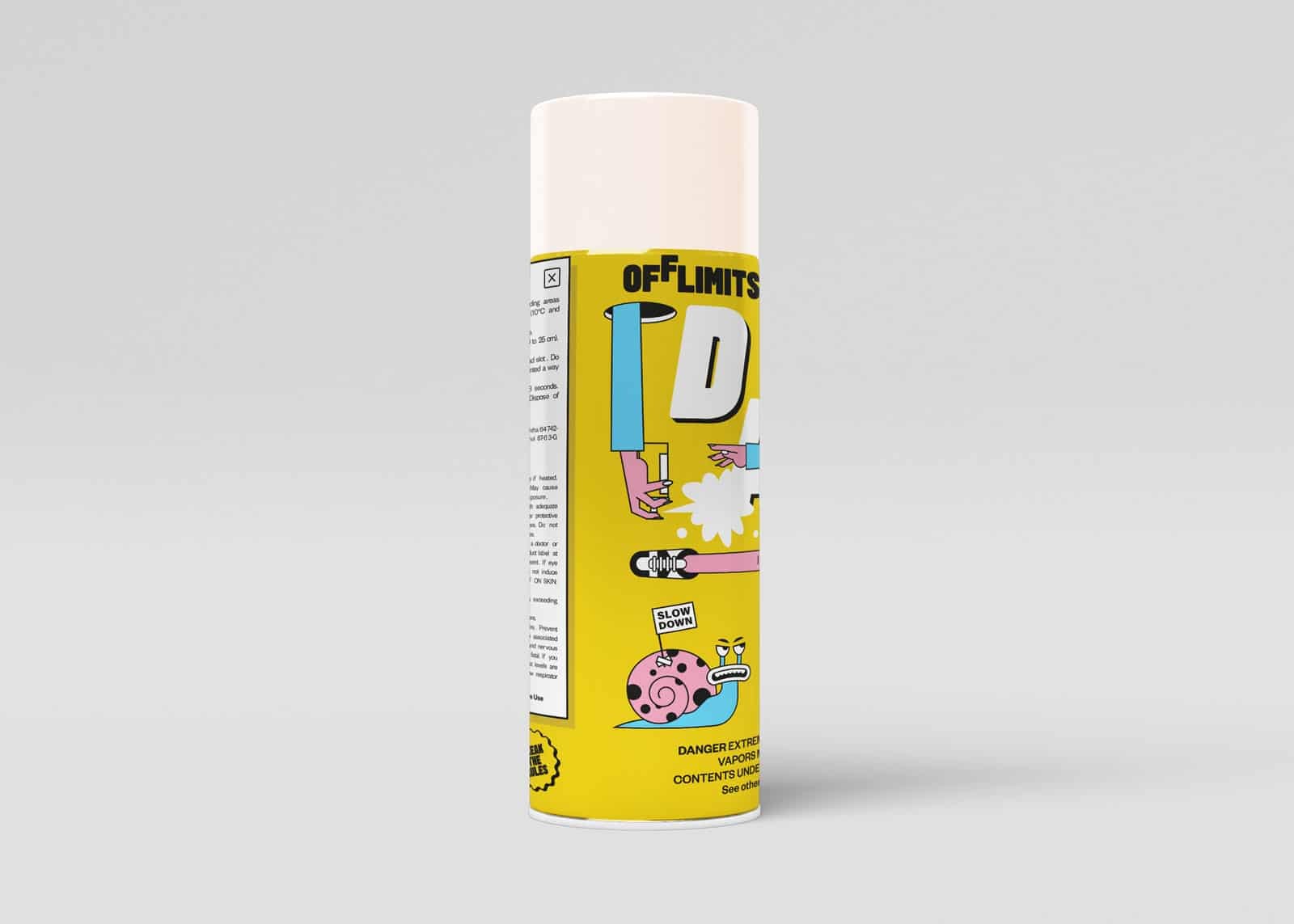 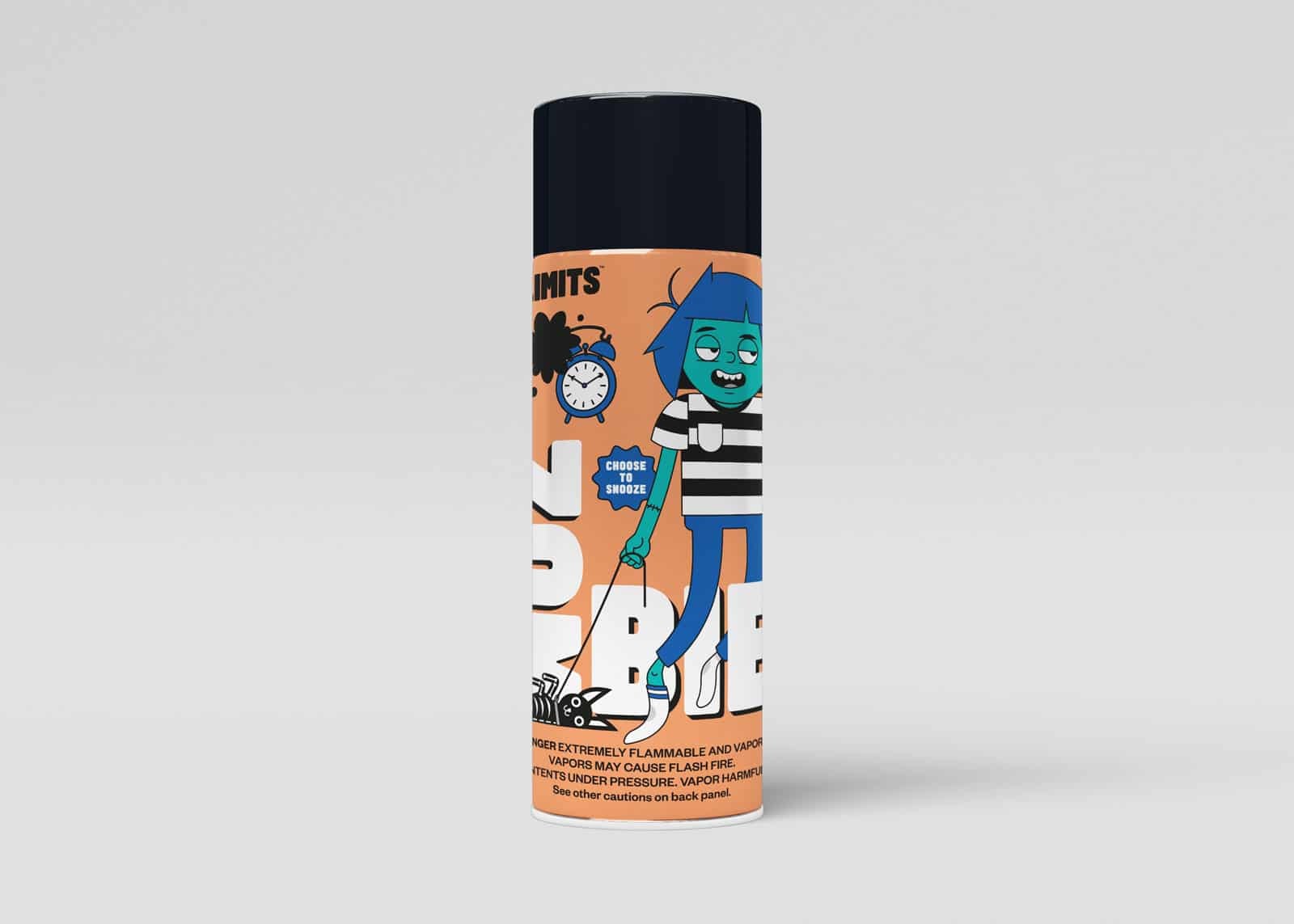 Built around emotionally unstable and counterculture cartoon characters, OffLimits is run by a crew of opinionated creatives who also feel underrepresented in mainstream culture. With a belief that legacy cereal brands failed to represent them, the team behind OffLimits aims to take their place.