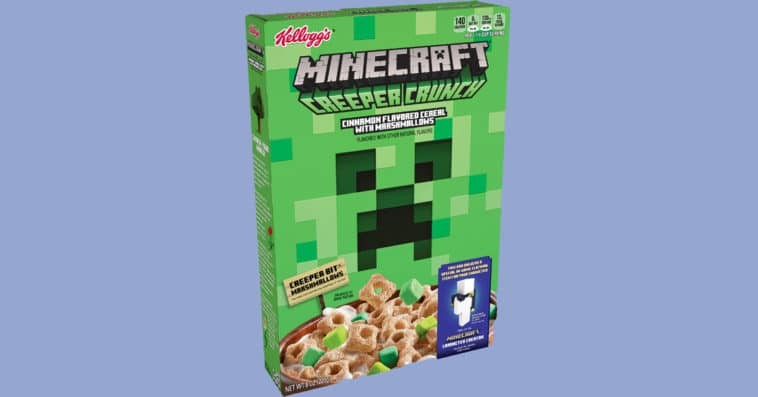 If you’re having a hard time waking up your kids in the morning because of their habit of playing Minecraft all night long, then your mornings are about to change, as Kellogg’s is set to launch a new cereal based on the popular video game.

Called Kellogg’s Minecraft Creeper Crunch, this breakfast treat is a tasty, cinnamon-flavored cereal featuring green square-shaped marshmallows inspired by the game’s Creepers. For those who do not play Minecraft, Creepers are green, deadly hostile mobs that silently approach players and explode shortly after coming within three blocks of their targets. Due to their distinctive appearance and a high potential for killing unwary players, Creepers have become one of the notorious icons of the game. 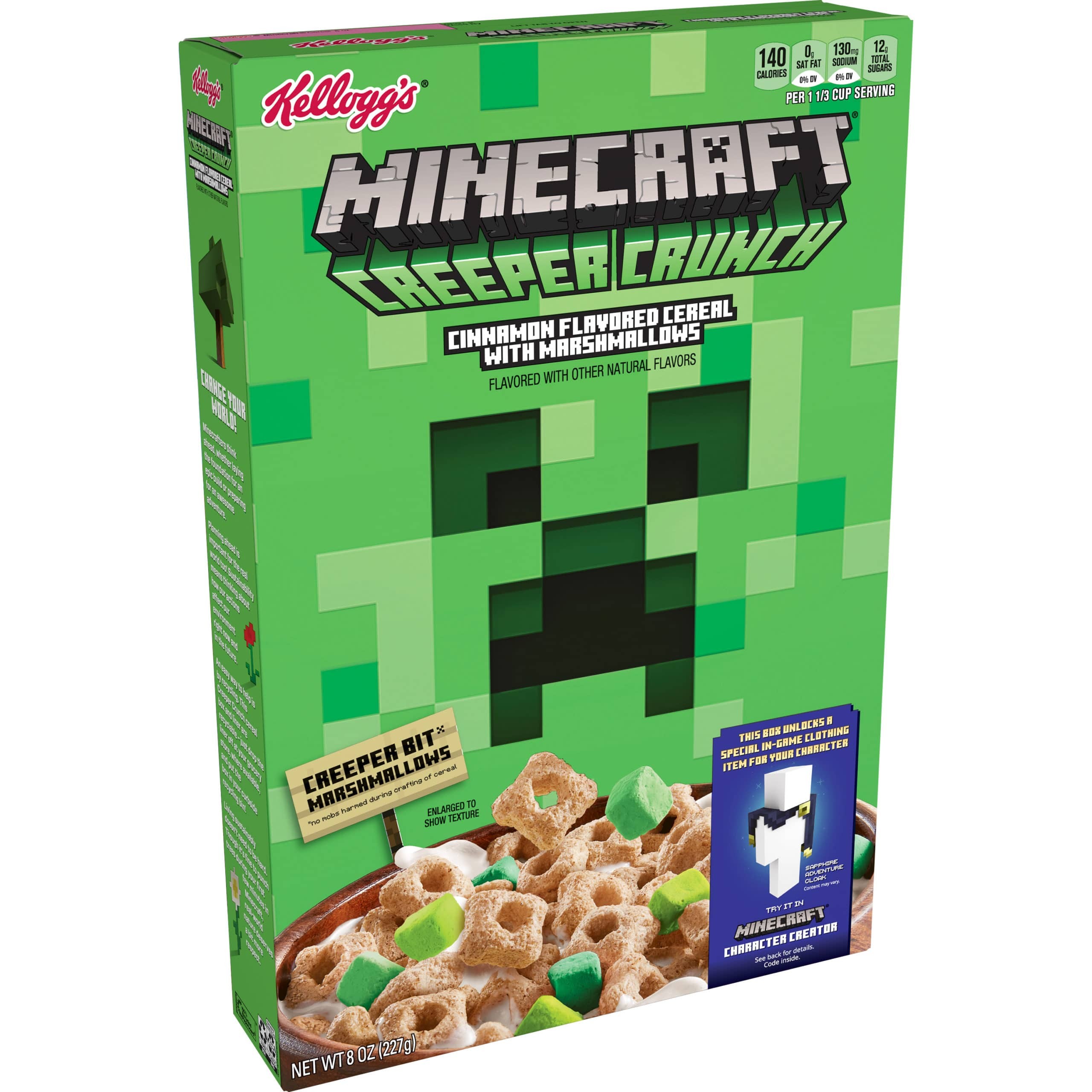 If your kids aren’t fans of cinnamon-flavored cereals, it’s very likely that they will still give it a try, as each box comes with a code that unlocks special game clothing, which allows Minecraft players to customize their character’s appearance with cloaks, jackets, and more. These pieces of game clothing are typically available for purchase via the game, but these codes make them free for the gamers. There’s a total of ten game clothing items to collect via the codes.

Kellogg’s Minecraft Creeper Crunch cereal will be hitting retail stores across the country starting in August. It will be available in an 8-ounce box for $3.99 and a 12.7-ounce box for $5.69.

This isn’t the first time Kellogg’s will be releasing a cereal inspired by a video game. Back in 2000, Kellogg’s memorably partnered with Nintendo for a cereal based on the Pokemon video game. The said cereal consisted of sweetened oat rings and yellow, blue, pink, and green colored marshmallows shaped like Pikachu, Ditto, Oddish, and Poliwhirl.