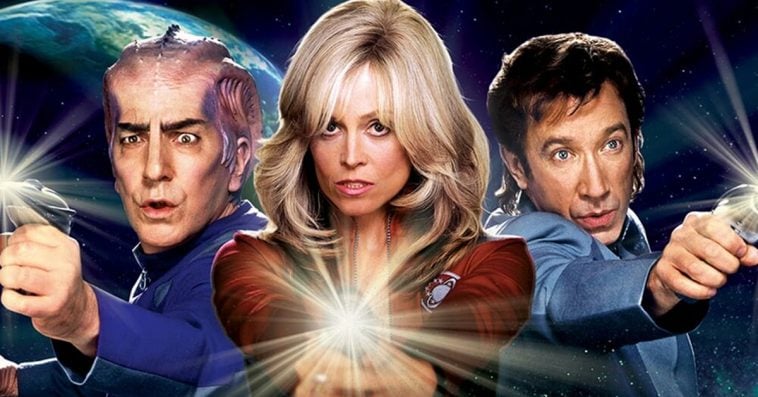 Cult classic Galaxy Quest is turning 20 this coming December, and to celebrate this milestone, a documentary about the 1999 Dean Parisot sci-fi movie is set to be screened in select theaters next month.

Titled Never Surrender: A Galaxy Quest Documentary, the film will have an initial limited theatrical showing at about 600 theaters across the country on November 26th. Presented by Fandom and Screen Junkies, the documentary offers an inside look at the making of Galaxy Quest and how it became an enduring fan favorite. The theatrical presentation also comes with a video introduction to the documentary and the debut of Screen Junkies’ Honest Trailer for Galaxy Quest.

Released on December 25th, 1999, Galaxy Quest is a parody of Star Trek and its fandom. It follows the cast of the in-universe sci-fi series titled Galaxy Quest who are abducted and forced to man an actual starship by aliens who mistook their show for reality. Though the movie is not an official Star Trek movie, a lot of people still consider it as part of the franchise. In the trailer for the documentary, Wheaton even claims that “Galaxy Quest is the best Star Trek movie.”

“It really does feel a Trek movie because it has all the hallmarks of what makes a Trek movie work which is ‘never give up, never surrender,’ like you can overcome sort of any problem,” adds Lindelof.

READ  Star Trek: The Cruise V has been postponed until 2022 due to COVID-19

The trailer also gives a sneak peek at some of the challenges that the cast and crew encountered while making the movie. These include a set fire, losing a powerful director, and a studio that didn’t understand what it had. “Dean directed Galaxy Quest as a drama [but] the studio never quite understood the tone of the movie,” producer Mark Johnson says of DreamWorks Pictures in the trailer, which also sees Weaver revealing that the studio cut some scenes to make Galaxy Quest a kid-friendly movie.

Tickets for the screening of the documentary are currently on sale at FathomEvents.com.