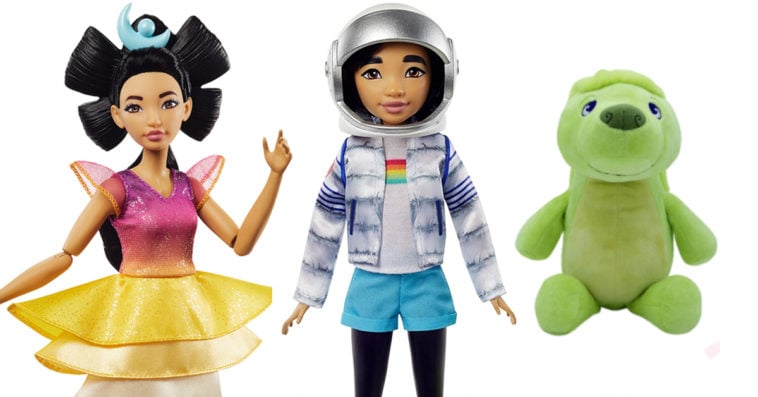 Mattel toys based on Netflix’s upcoming animated film Over the Moon are coming out next month.

The toy company announced on Tuesday that it is releasing an Over the Moon doll and plush line on October 1st ― three weeks before the highly anticipated premiere of the musical comedy movie on the streaming service.

Based on a classic Chinese myth, Over the Moon follows a bright young girl named Fei Fei (Cathy Ang) who builds a rocket ship to the moon to prove the existence of the legendary moon goddess, Chang’e (Phillipa Soo). Fueled with determination and a passion for science, Fei Fei ― together with her friend Chin (Robert G. Chiu) and her adorable pet bunny Bungee ― is able to meet Chang’e. But in order to get back home, she, Chin, and Bunge must first team up with a green dog-like creature named Gobi (Ken Jeong) in bringing back Chang’e’s one true love.

Directed by Glen Keane from a script written by the late Audrey Wells, Over the Moon also features the voices of John Cho as Ba Ba, Ruthie Ann Miles as Mother, Margaret Cho as Auntie Ling, Sandra Oh as Mrs. Zhong, Kimiko Glenn as Auntie Mei, and Artt Butler as Ma Ma. Check out the recently released trailer for the movie below: