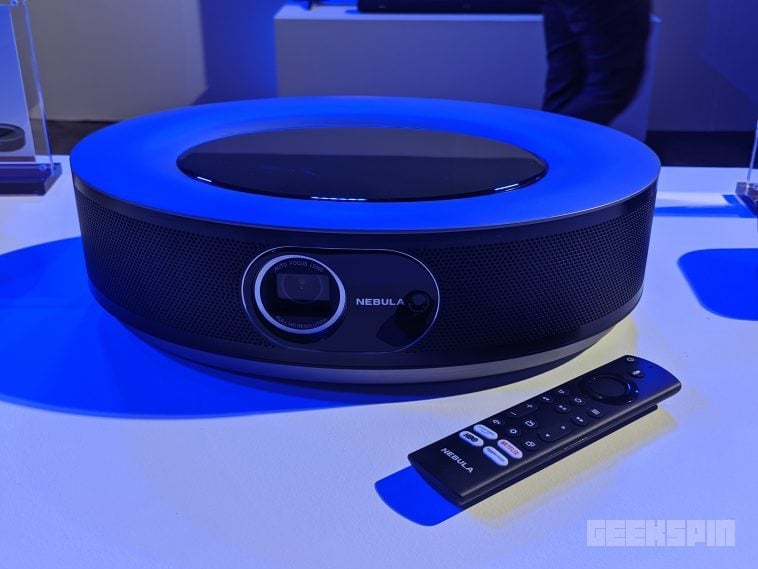 Nebula had previously successfully produced two other projectors, the Capsule and the Mars, through Kickstarter so it’s not surprising that they have turned to the crowd-funding medium again for the Cosmos. 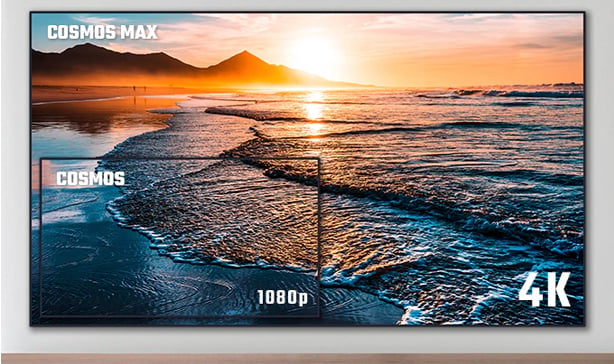 Cosmos and Cosmos Max are both equipped with HDR10 which provides a boost of color and clarity to the picture. Cosmos Max has an added feature called Hybrid Log Gamma (HLG) that detects non-HDR content and automatically upscales in real-time to provide better picture quality. So watching old DVDs, videos or even regular, non-HD TV will still offer you a high-end theatre experience. The projector’s fans were also made to keep to a quiet 32 DB to curb distraction. 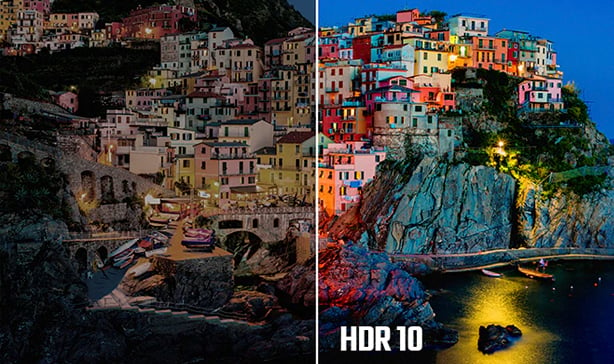 In terms of brightness, the Cosmos Max boasts of a bright 1,500 ANSI Lumens which is supported by Digital Light Processing (DLP) technology while the Cosmos doesn’t trail far off behind with 900 Lumens. Fast-paced images are also enhanced thanks to Dynamic smoothing. This technology increases the frame rate when needed to provide crystal-clear clarity.

Both projectors are also equipped with LED bulbs instead of the usual UHP lamp used on most projectors. This helps maintain and elongate the projector’s life and quality. Nebula says that even if you watch a 2-hour movie every day for 41 years, there will be no drop in the Cosmos’ color vibrancy and brightness. 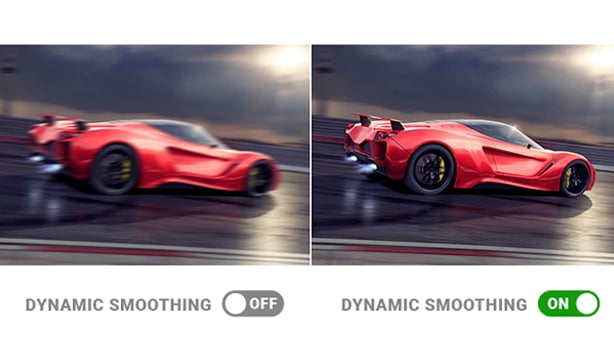 The audio output should perform well too since both projectors offer Dolby Digital Plus and Sound Dimension on board. The Cosmos packs two 10-watt speakers while the Cosmos Max has four 10-watt speakers. Both have been optimized to deliver “360-degree of ground-breaking cinema audio”. External devices are also supported with an array of on-board ports such as USB and HDMI as well as support for an optical cable.

Wirelessly, they’re both equipped with Bluetooth 5.0 and Wi-Fi with support for mirror cast. Both projectors also come running Android 9.0, so you’ll have access to a multitude of apps and services such as Netflix, ESPN, Youtube and a whole lot more, all out of the box. Connecting to the Nebula App will further enhance your experience plus it doubles as a remote control.

The Cosmos and Cosmos Max will be priced at $699 and $1699 respectively but if you back their project on Kickstarter you can get the Cosmos for as low as $429 and the Cosmos Max for just $1,099. Both products are scheduled to be released to Kickstarter backers on April 2020.

At the time of writing, Nebula had surpassed their $50,000 goal with $639,291 from 767 backers. With 2 months left until the campaign ends, it’s expected that this number will rise even more.