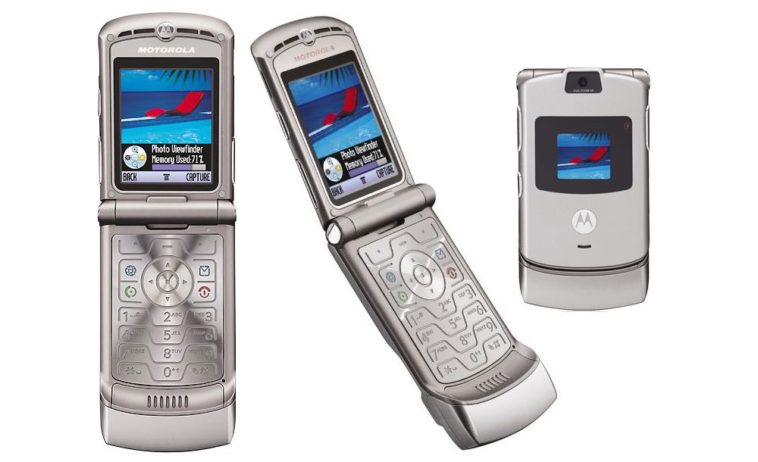 When it comes to cell phone history – if we asked you to recall some of the ‘cutting-edge’ dinosaurs that arrived before the original iPhone, how many could you name? If you’re older, you can likely recall quite a few, however, younger readers may only remember just a small fraction of what was available. Nevertheless, we’ll wager that virtually everyone will remember the iconic Motorola Razr.

According to the WSJ, it looks like Lenovo – Motorola’s parent company – has an all-new Razr in the works. Looking to jump aboard the foldable phone bandwagon before it takes off, the Motorola team is rumored to be working on an updated version of the Razr, a phone that will take full advantage of the flexible display technology that’s sweeping across the industry.

Per sources with inside knowledge, the Motorola team is reportedly working with LG and Verizon to develop the new device. And while not confirmed, some speculate that we may get our first look during next month’s Mobile World Congress.

As you know by now, several manufacturers are fast at work developing foldable screen smartphones. Tentatively called the ‘Galaxy X’, many expect Samsung to be the first major company to release a consumer version of the technology. Others, including Beijing-based Royole, are already selling foldable devices, however, Royole’s Flexpai is limited in its release and plentiful in its shortcomings.

Interestingly, Xiaomi and Huawei are also known to be working with LG to develop their respective devices.

Motorola’s Paul Pierce – who pioneered the first Razr V3 – says despite pressure to be among the first to launch, they’re more focused on creating an “incredible experience,” rather than “a gimmick or something of that nature.”

Though the first Razr sold 130 million units, Lenovo is expected to make just 200,000 foldable Razrs. Perhaps we’ll see a second, much larger release if there’s demand, but priced at $1,500, it better be a damn good phone.

Either way, we’re quite excited to see how this all unfolds.