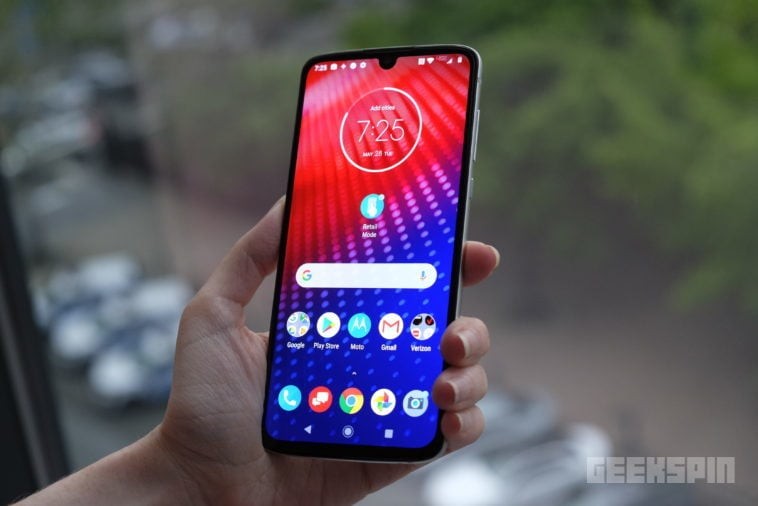 Motorola’s follow up to their popular mid-range Z3 is here in the form of the Moto Z4. The new Moto Z4 is 5G ready on Verizon’s network, but only with the addition of a 5G moto mod accessory. Fortunately, the phone is so slim, that the extra weight of the mod shouldn’t be too much of an inconvenience.

The Moto Z4 packs in a large and bright 6.4″ OLED display with an optical fingerprint sensor and a “micro-notch” that is used to house the front-facing camera. 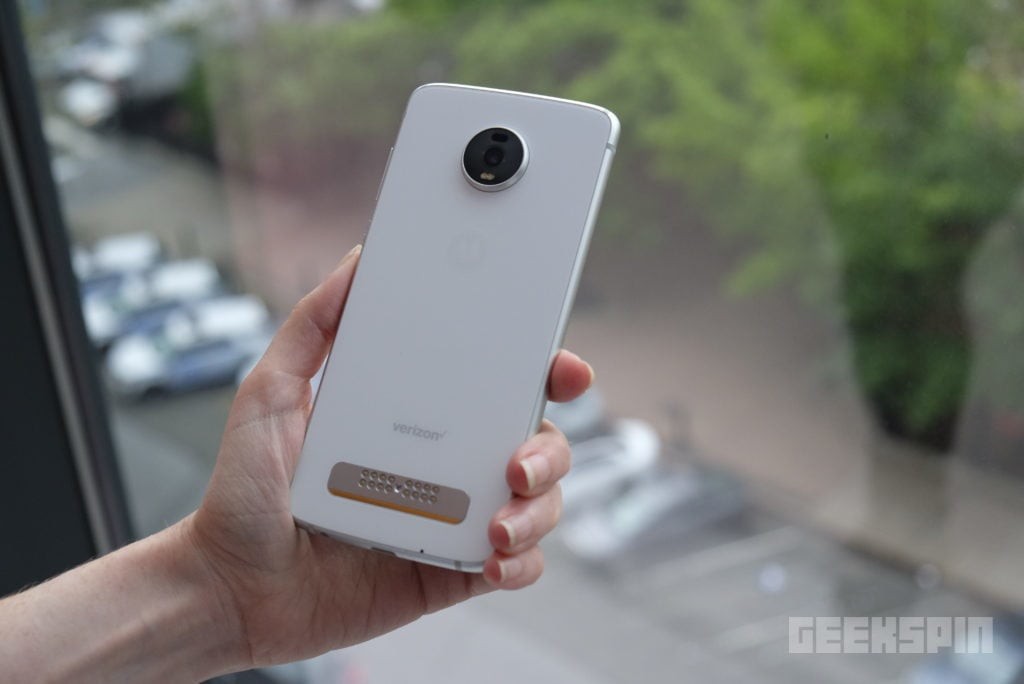 Speaking of cameras, on paper, the Z4’s camera specs are impressive. To that effect, the phone comes with a 48MP rear camera sensor and a 25MP front-facing camera. The phone utilizes advanced AI features based on Qualcomm technology. Both cameras support portrait mode with a bokeh effect. The rear-facing camera touts 4x better light sensitivity over its predecessor’s camera, along with optical image stabilization. The front facing camera is able to take wide angle selfies. Using AI, groupies and selfies can be triggered just by having everyone smile at the camera.

Motorola says that the moto Z4’s 3600 mAh battery will last for 2 days on a charge and that just a couple minutes of charging will provide hours of use. The phone is powered by a Qualcomm Snapdragon 675 2GHz octa-core processor. 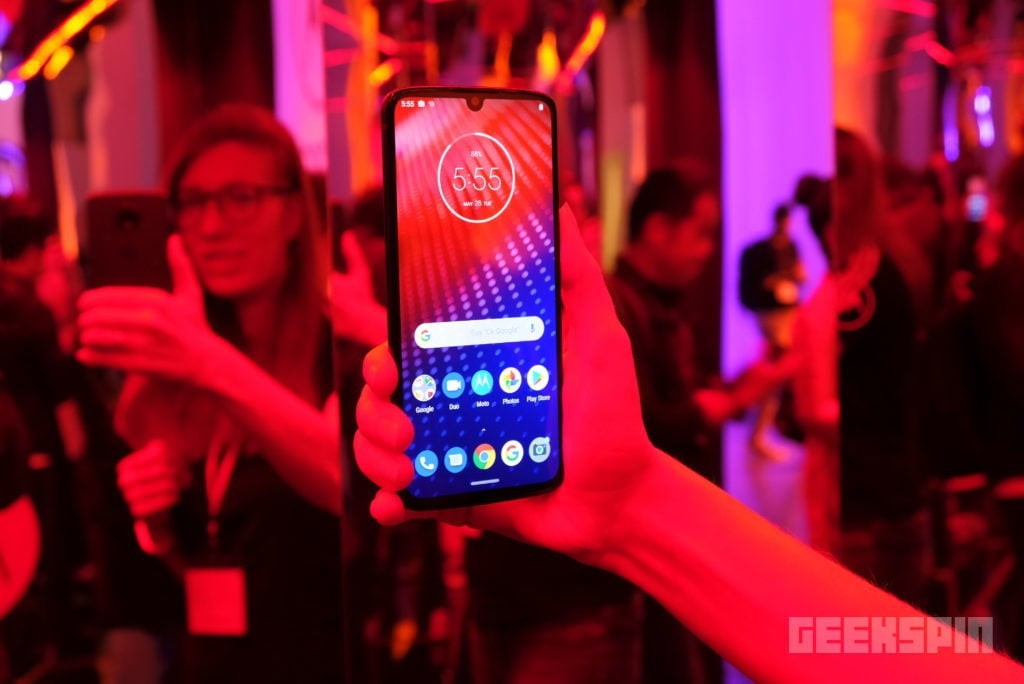 Despite its large amount of screen real estate, the Moto Z4 is super sleek and we are digging its micro-notch. We tried out its night vision mode from the inside of a dark room and it managed to capture an incredible amount of detail. We still need more time to test the device but right off the bat, there’s no question that the Z4 offers more premium hardware compared to its direct competitor, the Pixel 3a XL.

The Moto Z4 will be available from Verizon starting June 13th for $499. Initially, it will only be available in flash gray color, but a frost white option will become available later this summer. Verizon customers can purchase the 5g moto mod for an additional $199.

Alternatively, you can purchase the Moto Z4 unlocked from Best Buy, B&H Photo, and Amazon.com starting June 6th for $499. A moto 360 camera moto mod will be included in the price.