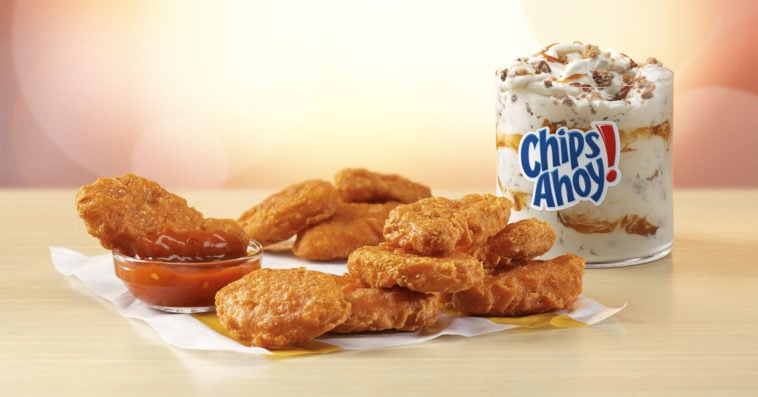 McDonald’s Chicken McNuggets are getting a spicy makeover next month.

The fast-food restaurant chain announced on Tuesday that it is adding Spicy Chicken McNuggets to its U.S. menu for the first time. The limited-time offering will be available at all McDonald’s locations across the country starting September 16th.

The new nuggets have the same white-meat chicken found in the original but are breaded in a tempura coating made with cayenne and chili pepper. “This is the first time we’ve introduced a new flavor of our classic Chicken McNuggets in the U.S. since they came to menus in 1983,” Linda VanGosen, McDonald’s vice president of menu innovation, said in a blog post announcing the item. “As our customers have been asking for Spicy McNuggets for some time now, we couldn’t think of a better time to bring them to our menus. We can’t wait for McNuggets fans to get a taste of these new spicy options.”

If the nuggets aren’t spicy enough for you, you can dip them into the new Mighty Hot Sauce, which is McDonald’s first new dipping sauce since 2017. Also available for a limited time starting September 16th, the sauce is a blend of crushed red pepper, spicy chilis, and garlic with a little sweetness added to it. The restaurant chain said it’s their hottest sauce available.

McDonald’s is a little bit late to the spicy nugget party, as its rival chains Wendy’s and Burger King have been offering their own versions of the menu item for quite some time now. Wendy’s spicy nuggets returned to its menu last year, while Burger King launched its own take on the item back in 2017.