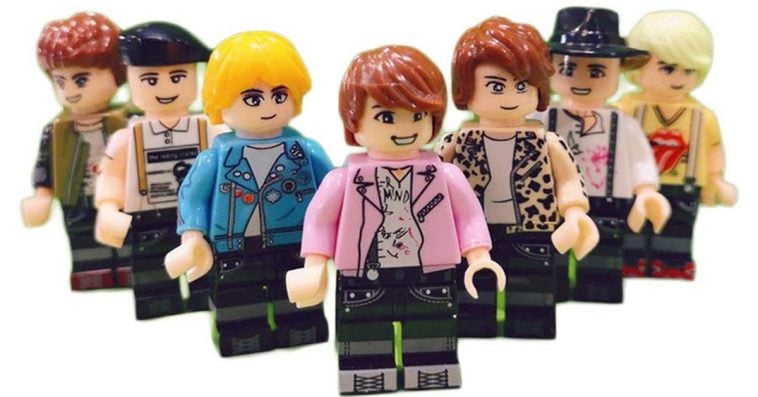 Looking for a more affordable alternative to Mattel’s BTS fashion dolls? Well, look no more, because these BTS LEGO minifigures would surely melt your heart with their cuteness.

Though not an official LEGO and BTS merchandise, these fan-made minifigures adorably capture the likeness of the Bangtan Boys V, J-Hope, RM, Jin, Jimin, Jungkook, and Suga. Rocking the South Korean heartthrobs’ iconic hairstyles and trendy outfits, these toys are perfect gift ideas for any ARMY member and make great display pieces at home or in the office. This seven-minifigure set, which would also be amazing as cake toppers, retails on Amazon for $18.99.

But for those who prefer dolls over minifigures, Mattel’s BTS fashion dolls are still available for $19.99 each or a total of $140 for the entire toy collection. Officially unveiled last March, the Mattel’s BTS fashion dolls are wearing mini replicas of the bright-colored patterned suits worn by the K-pop boys in the music video of their hit song, Idol.

While a lot of fans were thrilled with how the BTS doll collection turned out, there were also a number of ARMY members who were disappointed with it. These disappointed fans thought that the facial features of the dolls look closely similar to one another, and the dolls’ hair kind of ruined it all.

Though some fan-made BTS dolls are arguably better than the ones created by Mattel, more understanding fans think that it’s completely unfair to compare Mattel’s BTS fashion dolls to fan-made BTS dolls as the former only cost $19.99 each and are mass-produced.