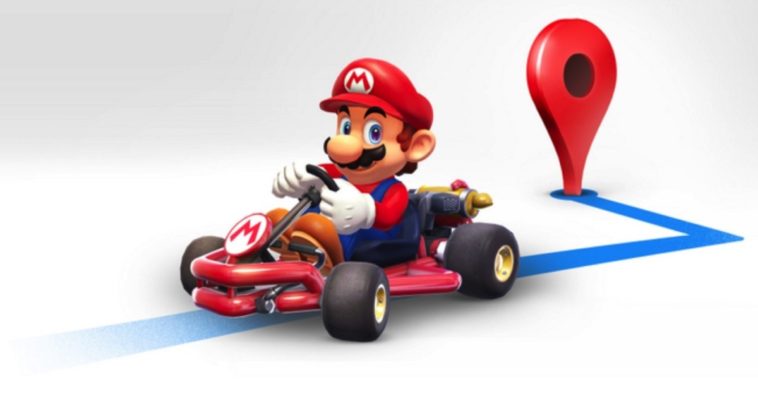 Need help with directions? Mario is here to save you.

To celebrate Mario day – MAR10 – which is tomorrow, March 10th, Google Maps has released a special update that trades in the blue navigation arrow for a Mario Kart. That’s right, Mario will lead you to your next destination in Google Maps.

To get Mario Kart to work inside of your Google Maps screen, you’ll need to update the Google Maps app from the App Store or Google Play. Once inside of the app, click on the yellow “?” Icon located in the bottom right. A prompt will pop up asking you to enable Mario Time.

The update is being made available globally to all Google Maps users. Mario will be your navigation buddy all week, but for just a week only.

It certainly has been a really great week so far for Mario fans. Just yesterday Nintendo announced at E3 that Super Smash Bros. is heading to Nintendo Switch this year. Nintendo also announced a slew of other Super Mario Bros games that are coming to Switch and 3DS soon.

Mamma Mia, what a week to be a Mario fan!