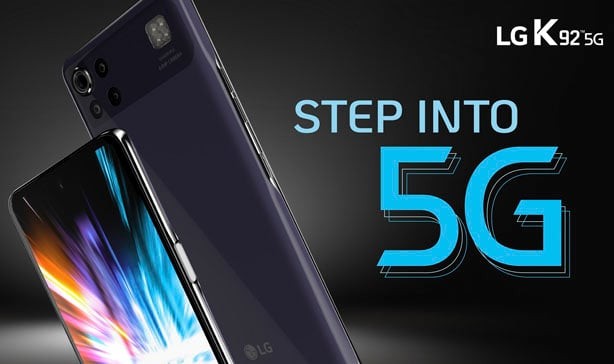 Another affordable 5G phone is coming soon. Today LG announced that it will be releasing the LG K92 5G in the US. For just $359, the K92 will offer not just 5G speeds, but also carry flagship features and specs.

The LG K92 5G houses a 6.7-inch FHD+ FullVision punch hole, edge-to-edge display. It’s paired with stereo sound speakers and a 3D sound engine. Internally, it’s powered by a Qualcomm Snapdragon 690 5G processor with 6GB of RAM and 128GB of internal storage. This can be further expanded to 2TB via a microSD card.

Around the rear is a quad-camera system composed of a 64-megapixel main, a 5-megapixel ultra-wide-angle, a 2-megapixel depth camera, and 2-megapixel macro lens. It carries a single 16-megapixel shooter for its front-facing camera. Lastly, it houses a 4,000mAh battery that supports Qualcomm Quick Charge 4.

As mentioned earlier, the LG K92 5G is priced at just $359.99. AT&T has announced its availability starting November 6th at AT&T and Cricket retail and online stores. AT&T is also offering its customers a limited-time trade-in promo where users can get the device for free. To do so, they will just have to trade in an eligible device or. They can also purchase the device for $5 a month on a qualifying installment plan or change to an eligible unlimited wireless plan.