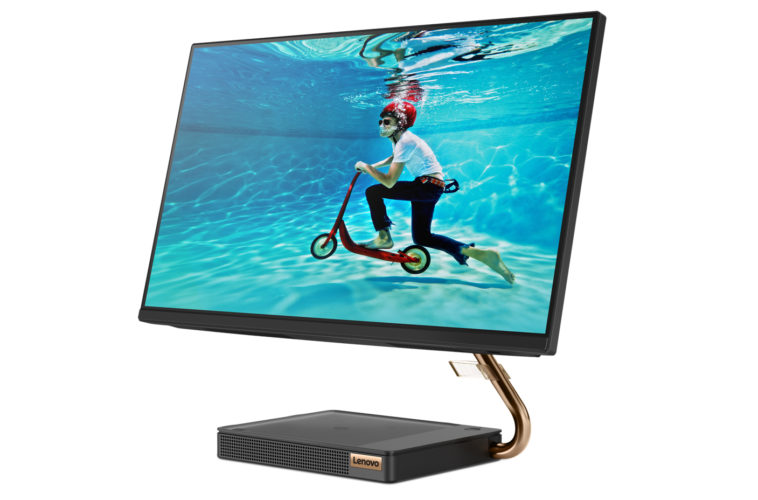 Lenovo has released a significant amount of information about its upcoming lineup ahead of this year’s IFA, with much of this focusing on their new range of monitors, laptops, and desktops, most of which are budget focused yet still powerful. The first of the announcements centers on the 13-inch IdeaPad S540 laptop, which comes with a tenth generation Intel Core processor and 16GB of RAM. The system also gets a boost by its NVIDIA GeForce MX250 GPU.

They’ve also announced the uniquely styled Lenovo IdeaCentre A540 all-in-one which has been designed to “emulate the balanced asymmetry of a Chinese Cypress tree”. It’s powered by a ninth-generation Intel Core i7 CPU and AMD Radeon RX560 graphics. There are two size options available here, you can choose between a QHD 24-inch or 27-inch display.

Two new monitors have also been announced by Lenovo; the L28u and G34w. The gaming-focused 28-inch L28u features AMD Radeon FreeSync technology for an enhanced gaming experience. The G34w, on the other hand, is a 34-inch display that features a 1500R curvature and a panoramic Wide QHD display.

Alongside the monitors, all-in-ones and laptops, Lenovo has announced its upcoming range of Chromebooks and tablets, with both offering a variety of upgrades from previous models.