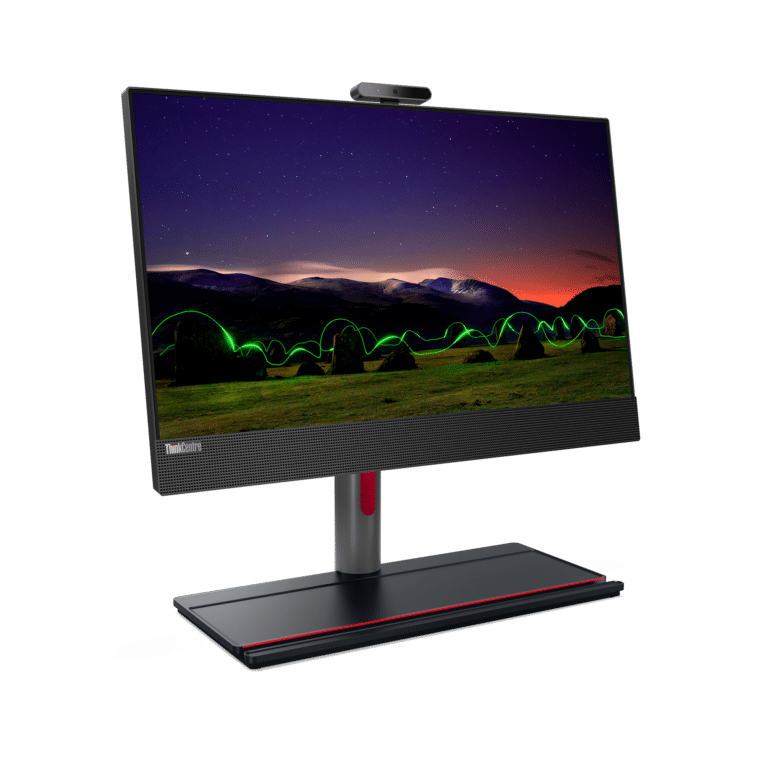 The pandemic has caused all of us to rethink our relationship with work — and the gadgets we use to get that work done. And while working from home can be pretty nice, getting the right gear can be a little tricky, especially if your company has security requirements. Lenovo has taken such pandemic era needs into account with their new ThinkCentre all-in-ones, but they’ve got a few more goodies in tow at CES 2022 that should also help.

We’ll start with a refresh to the ThinkCentre M90a Pro, their premium business-focused all-in-one. We’ve got the expected hardware upgrades, including 12th Gen Intel Core processors up to i9, up to 64GB of RAM, and up to a 1TB M.2 PCIe SSD. The 23.8″ QHD display has minimal bezels and TÜV Rheinland Low Blue Light certification, helping you stare at the screen longer without affecting your sleep too much. And, if one display — as is often the case for folks who used to work in offices — is simply not enough, Lenovo has added HDMI 2.0 ports and a Display Port for connecting another display.

Aside from literally being easier on the eyes, Lenovo has added security features that should make employees and IT staffers alike happy. The ThinkCentre M90a Pro uses Intel vPro and TPM 2.0, and in case it does end up somewhere other than the home, there is also hard security in the form of a Kensington lock slot.

For video conferencing, the new ThinkCentre M90a Pro is equipped with a tiltable camera, dual-array microphones, and two 3W speakers. That’s solid enough if it’s just you, but if this is a machine destined for an office, you can snag the additional conference call base, which has quad-array microphones with 360-degree far-field pickup and four Harman-developed speakers. Also optional is Intel Context Sensing Technology that enables human presence detection, so the computer can fire up as soon as it senses you (and not your cat) approaching. 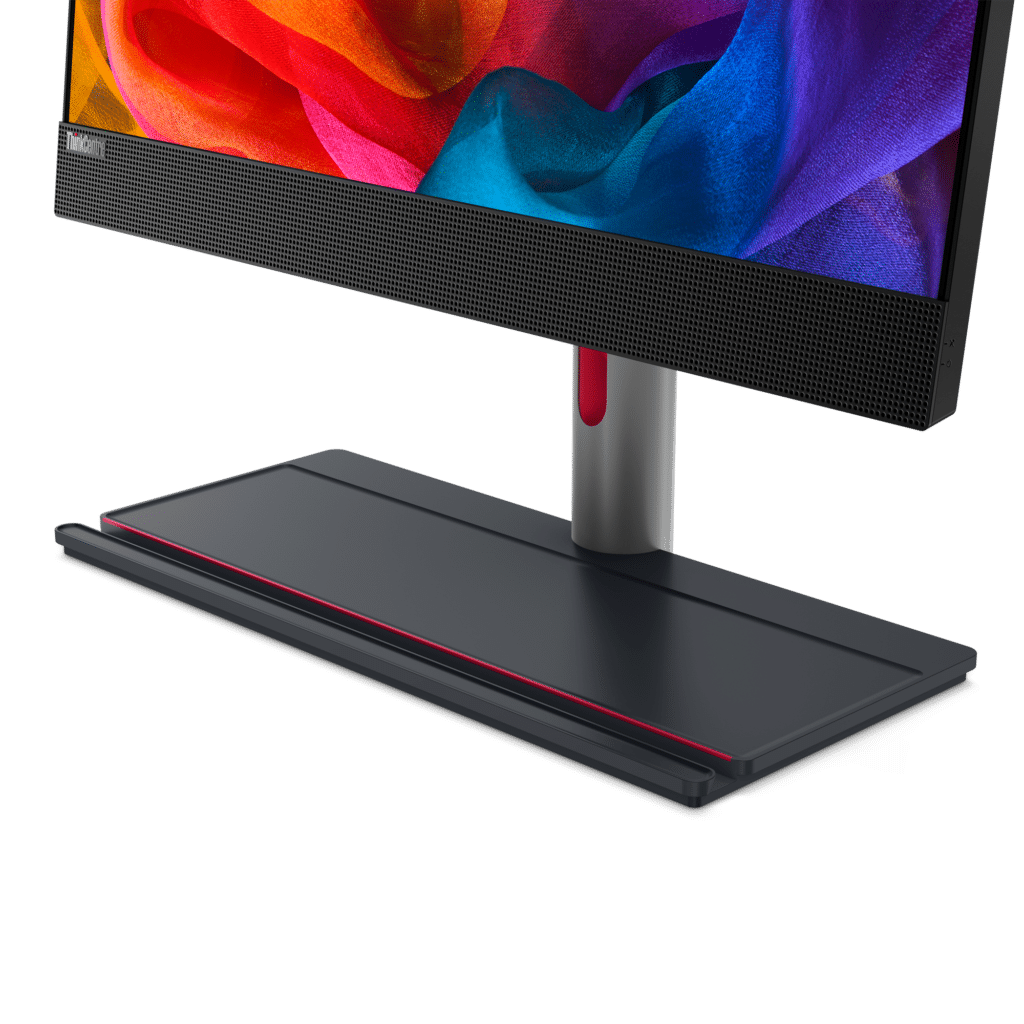 If you need something that takes up less space in the home, Lenovo is continuing to support their Tiny-in-One series of products. The TIO Flex is not only smaller, it’s also modular — you can swap in new Tiny series desktops and ThinkVision T series monitors as you need to, which fit with the new TIO Flex Stand. All the modules can be purchased separately. The ThinkVision T series monitors come in 22″ and 27″ models with VoIP built in. 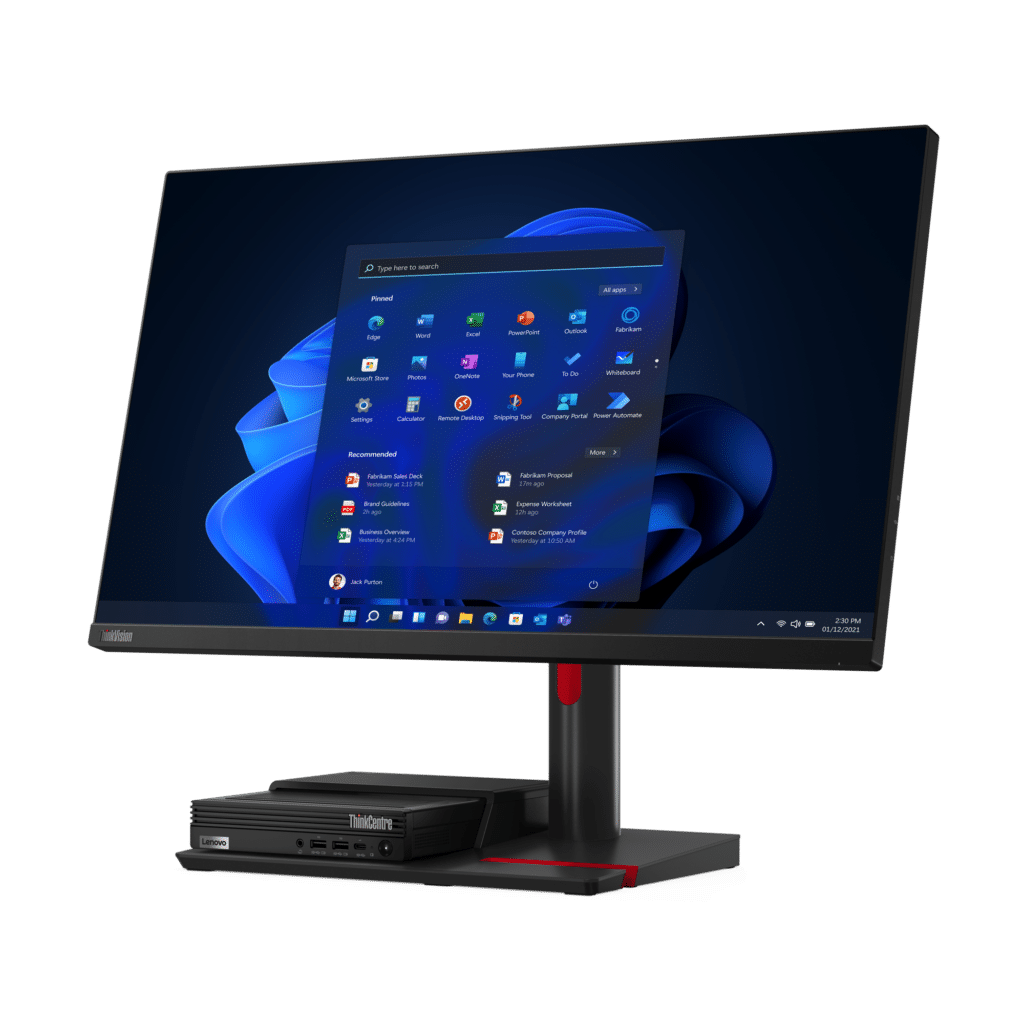 Lenovo also has new 27″ QHD ThinkVision P30 series monitors coming out with HDR10 support. They are almost identical, but the P27h-30 model is a little more handy if you’re working with multiple devices, like a laptop. It has 100W charging, its own ethernet port, a USB hub, and multi-display capability. If you do see the need to switch between desktop and laptop, there’s a KVM10 switch that can be used to switch inputs quickly. 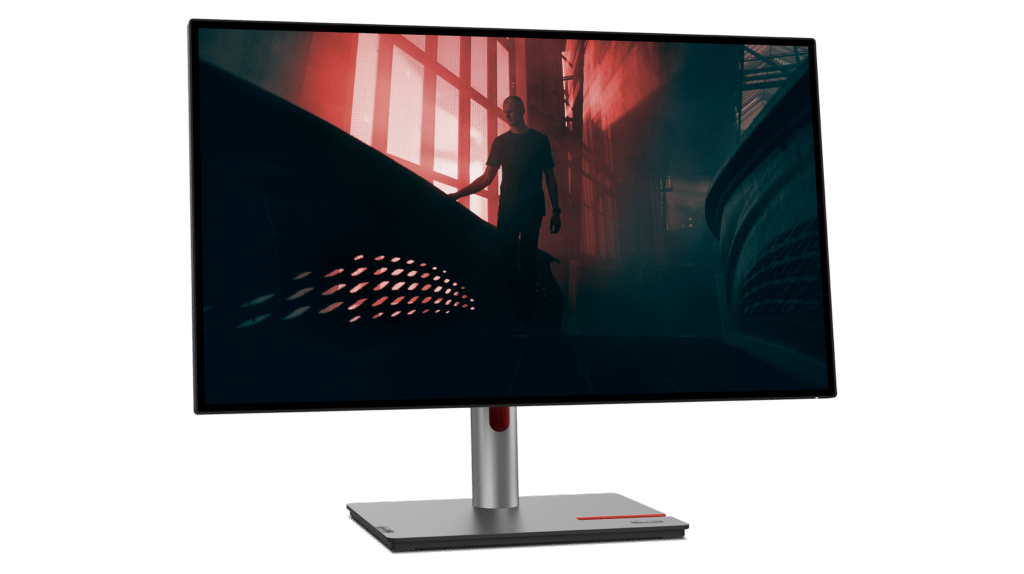 But, those displays won’t have cameras or mics built in. Instead, Lenovo is going modular again, introducing the ThinkVision VoIP Modular Stack. This includes the MC60 Monitor Webcam, which features FHD video and dual-array microphones with noise cancellation tech, and the MS30 Monitor Soundbar, which features dual 2W speakers. On the webcam, you can choose between 65-, 78-, and 90-degree fields of vision. When put together, the whole setup can be slotted straight into a USB port conveniently located near the top of those new ThinkVision P30 series monitors. 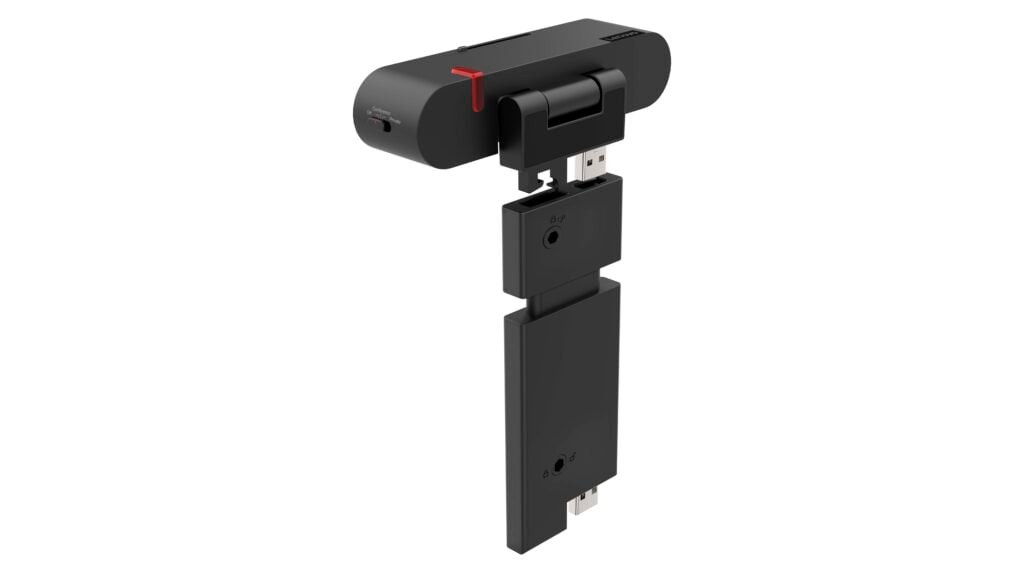