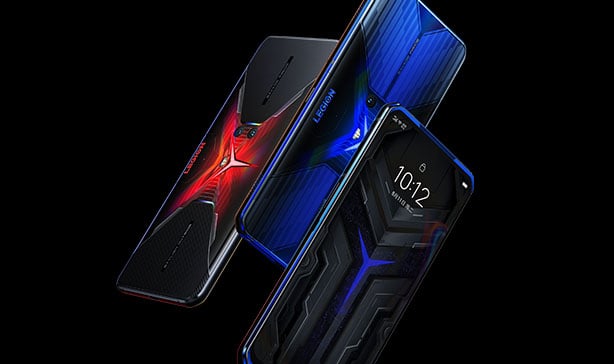 The Lenovo Legion Phone Duel is one of the first smartphones in the market to be powered by the new Snapdragon 865 Plus 5G. With this new next-level, flagship processor, users can expect even better performance across the board, enhanced power efficiency, up to 16GB of RAM, and up to 512GB of internal storage with UFS 3.1.

Designed specifically for gamers, the Legion Phone Duel offers a unique horizontal mode that will allow for maximum comfort and convenience when gaming. According to Lenovo, the Legion Phone Duel will last a full day with average phone usage. It’s equipped with a virtual joystick and embedded dual ultrasonic trigger buttons for a true console-like feel and the added dual vibration engines provide “life-like feedback” for better gameplay immersion.

The Lenovo Legion Phone Duel also offers the option to connect to an external display while simultaneously connected to either a wireless keyboard and mouse, gamepad, or any wired accessories via a dock. And, of course, it’s easy to switch the device back to portrait mode for everyday phone usage. 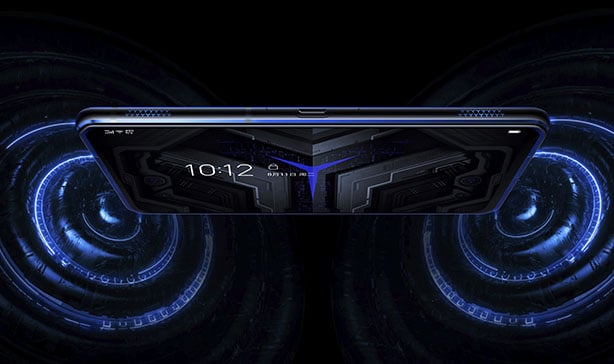 Its 6.65-inch AMOLED display offers a Full HD resolution and no less than a 144Hz refresh rate for smooth and sharp video and images. With a 240Hz touch sampling rate, the company boasts of gaming sessions free of lags. For audio, the device carries front-facing 4X stereo speakers tuned by Dirac Audio for an immersive 3D sound experience.

The Lenovo Legion Phone Dual’s virtual gamepad controls work with the built-in gyroscope sensor to detect motion and complex orientation changes. The touch signals are mapped to the gyro sensors which then communicate with the display driver to provide smooth rotations and responsive in-game commands. The Audio to Vibration (A2V) feature allows the device to analyze audio directional signals to provide spatially conscious sound output so sounds will come from the correct direction. 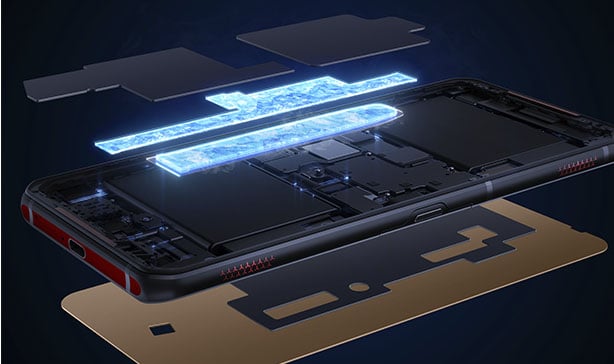 With the amount of processing this phone does, it’s only right that Lenovo fits it with advanced cooling systems for optimal heat dissipation. The Legion Phone Duel offers dual liquid-cooling and copper tubes as a solution plus the phone’s battery has been repositioned to the side so users won’t feel the majority of the heat on their hands. 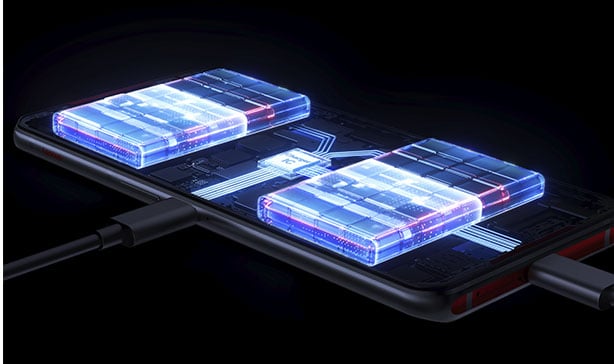 Still catering to its gaming audience, the device sports dual charging ports, one on the bottom and one on the side so that gamers won’t have to worry about the cable getting in their way when playing in horizontal mode. The device carries dual 2500mAh batteries to put out a total of 5000mAh. It’s supported by 90W Turbo Power Charging that can go from zero to 50 percent in just 10 minutes. Lenovo says it will only take 30 minutes to charge the device to full.

Being the gaming phone that it is, the Legion Phone Duel offers programmable RGB lighting effects for both its Vengeance red and Blazing blue variants. There is no notch on the screen as the selfie camera sports a pop-up design with the iconic Legion logo placed behind it. 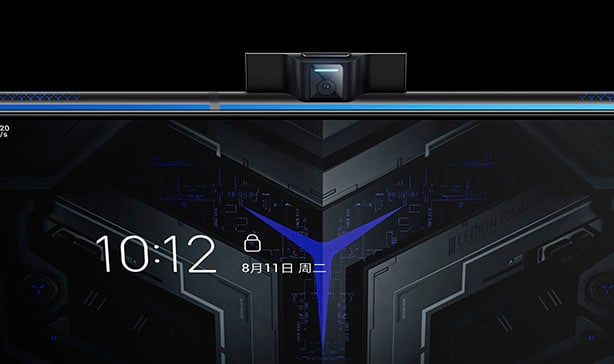 For cameras, the Lenovo Legion Phone Duel sports a dual rear camera setup made up of a 64MP main shooter and 16MP ultra-wide camera. For selfies, it sports a 20MP front-facing camera. Video shooting capabilities can go as high 4K UHD at 30FPS with 3-axis stabilization for smoother videos.

Lenovo boasts of broadcasting features designed for easy, hassle-free streaming. Gamers can wake the selfie cam while playing and instantly start recording with their video automatically overlaid on the screen.

The camera also supports AI technology to automatically enhance features with the built-in selfie editor as well as the capability to easily remove backgrounds. At launch, there will be a handful of programmed adjustments but a later update will allow users to adjust filters up to 100 varying levels of intensity. To round out the streaming features, the phone also carries four noise-canceling microphones that allow for recording even in very busy environments such as eSports events.

Providing a number of both audio and video features, Lenovo aims to provide an all-in-one package that will have streamers “ditching their cumbersome home recording studios for good.” 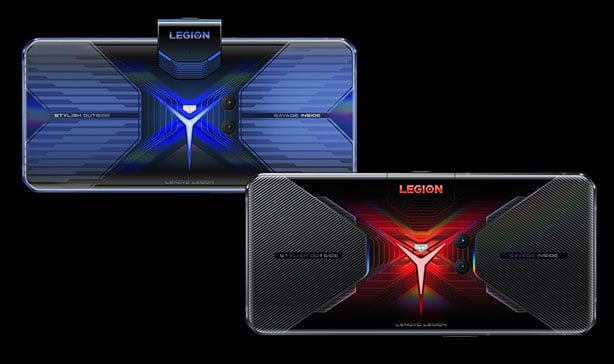 The Lenovo Legion Phone Duel is expected to be available in July in China. It will make its way to select markets in the Asia Pacific, Europe, Middle East, Africa, and Latin America soon after. There’s no word on a U.S. release. Prices and variants will be announced soon.