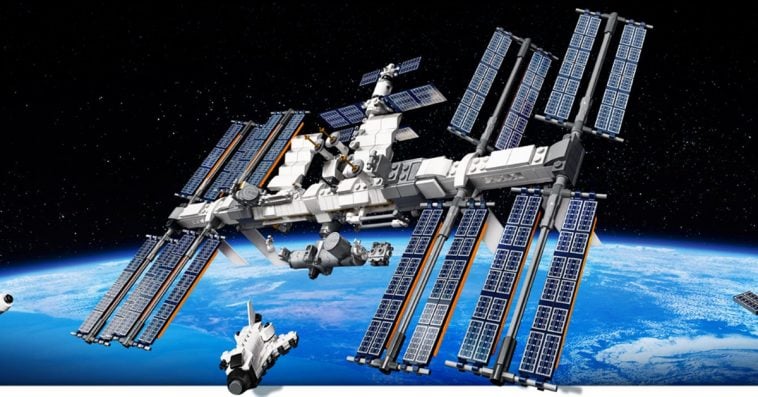 LEGO is releasing a new International Space Station (ISS) set in February, and to let people know about it, the toy company literally launched one of these replicas into the outer stratosphere to get it as close as possible to the real ISS.

In a video LEGO released on Twitter, a LEGO ISS set is seen being carried by an unmanned high-altitude balloon about 32 miles above the Earth.

Unveiled in commemoration of the 20th year that humans have lived on the space station, the LEGO ISS features miniature versions of the space station parts that NASA experts have been verified for authenticity.

Made up of 864 LEGO pieces, the set features two rotating joints with eight adjustable solar panels, a posable Canadarm2, and other authentic details. It also comes with two astronaut microfigures, a brick-built mini NASA space shuttle, three mini cargo spacecrafts, and a stand.

Though the LEGO ISS is designed for experienced builders, newbies will still be able to construct the kit on their own with the help of step-by-step instructions included in the set.

Measuring over 7 inches high, 12 inches long, and 19 inches wide, the LEGO ISS makes a striking centerpiece in any room.

The idea for the LEGO ISS came from German engineer Christoph Ruge as part of LEGO’s crowdsourcing initiative called LEGO Ideas. Under the program, members can submit plans for new LEGO sets and vote on other users’ concepts. If LEGO moves forward with an idea, the creators behind it get 1% of sales and licensing revenue.

“I was amazed to see how ingenious it was designed. Especially the totally modular concept is like playing with LEGO bricks in space,” Ruge said of the LEGO ISS. “They are indeed rearranging the modules of the station up there every now and then — and that’s what you can do with the model down here as well!”

More fascinating facts about the model’s fan creator can be found in the 148-page booklet included in the set. The booklet also includes interesting details about the real ISS and the celebration of the LEGO Ideas theme’s 10th anniversary.

Priced at $69.99, the LEGO ISS will be available at LEGO Stores and on LEGO.com starting February 1st.