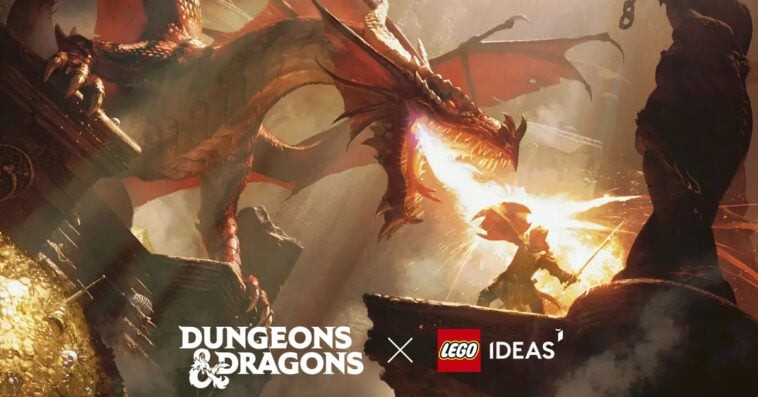 Dungeons & Dragons (D&D), the immensely popular fantasy tabletop roleplaying game, is turning 50 in 2024. And to kick off the celebration as early as now, publisher Wizards of the Coast has teamed up with LEGO to bring D&D to life in brick form.

In a new blog post on the LEGO Ideas website, LEGO and Wizards of the Coast have launched a new challenge encouraging fans to ignite their imagination and showcase their favorite aspects of the Dungeons & Dragons game using LEGO bricks, elements, and pieces.

Participants could create LEGO builds, based on their favorite D&D storylines, monsters, characters, heroes, and locations. To make things clear, the two companies note that fans can create any of the following as long as they are rooted in the D&D World:

According to the rules of the challenge, which can be seen here in full, submissions must be new creations and not previously posted online or previously submitted to any other contest or promotion. Participants must also remember that older bricks might lessen their chances of being chosen, as LEGO might no longer have the molds for these pieces anymore. Fans are allowed to digitally alter their build, so they can add some fantastical elements to them or enhance the lighting for higher-quality photos. Fans can submit their entries until November 14th at 6 a.m. ET

A panel of judges consisting of members from the LEGO IDEAS team, and the Wizards of the Coast team, will choose designs (not more than five) from the pool of submissions for the Fan Vote. All designs that reach the Fan Vote phase will be eligible to become an official LEGO IDEAS set. But unlike typical LEGO IDEAS submissions, the Fan Vote phase for this promotion, which runs from November 28th to December 12th, is intended to help the judges gauge fan interest in specific designs, and validate fan excitement for the theme.

Regardless of the number of fan votes obtained (although lots of votes definitely help), the judges will ultimately choose (no later than December 19th) which model from the Fan Vote phase will become a LEGO IDEAS set. The fan behind the chosen set will have the pleasure of becoming LEGO’s latest fan designer and will receive the following prizes:

According to JayBrickBlog.com, the collaboration between LEGO and Wizards of the Coast, which is a subsidiary of Hasbro, was first teased at the LEGO Fan Media Days last month. At the said event, Jordan Scott, Design Manager of LEGO Ideas, revealed that the partnership between the two brands was spurred by the insight that there was a huge crossover between D&D and LEGO fans. He particularly pointed out that some D&D fans were already creating their own characters as minifigures and using LEGO bricks to drive creativity and bring their storylines and characters to life.