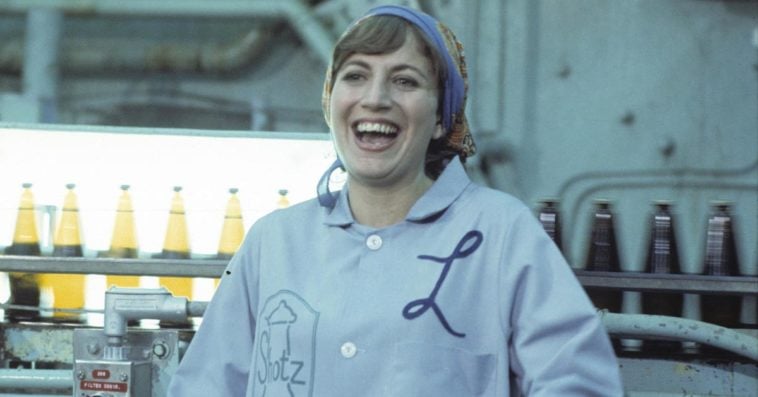 Actress-turned-director Penny Marshall died on Monday night at her California home at the age 75.

Her publicist Michelle Bega revealed that Marshall passed away peacefully at her Hollywood Hills home from complications from diabetes.

Marshall rose to prominence for her portrayal of Laverne DeFazio on the ABC sitcom Laverne & Shirley, for which she received three Golden Globe nominations. Created by her late brother Garry Marshall, the comedy series followed the antics of two blue-collar women, Laverne and Shirley, who worked as bottle cappers at a factory in Milwaukee. Cindy Williams costarred as Shirley on the show, which was a spinoff of the ABC sitcom Happy Days.

Laverne & Shirley, which ran from 1976 to 1983, also gave Marshall her start as a director. After helming several episodes of the sitcom, the actress made her feature film directorial debut in 1986 with the comedy Jumpin’ Jack Flash, starring Whoopi Goldberg. While Jumpin’ Jack Flash grossed a decent $30 million that year, far more successful was Marshall’s second movie as a director, the 1988 fantasy comedy Big. Starring Tom Hanks in the lead role, the movie grossed $151 million worldwide, becoming the first film directed by a woman to cross $100 million at the box office.

Four years later, Marshall and Hanks reteamed for the 1992 comedy film “A League of Their Own,” which made $132 million worldwide, including about $25 million overseas.

In a statement, her family said: “Our family is heartbroken over the passing of Penny Marshall. She is a tomboy who loved sports, doing puzzles of any kind, drinking milk and Pepsi together and being with her family. Penny was a girl from the Bronx, who came out West, put a cursive ‘L’ on her sweater and transformed herself into a Hollywood success story. We hope her life continues to inspire others to spend time with family, work hard and make all of their dreams come true.”

Marshall was first married to football player Michael Henry from 1961 to 1963. Marshall then tied the knot with fellow actor-director Rob Reiner in 1971. Sadly, eight years later, her second marriage — just like her first one — ended in divorce.

“She was born with a funnybone and the instinct of how to use it,” wrote Reiner on Twitter after news of her passing made headlines. “I was very lucky to have lived with her and her funnybone. I will miss her.”