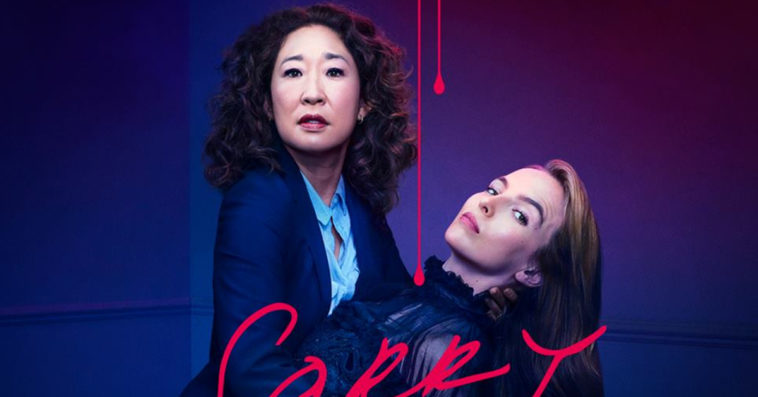 While the cat-and-mouse game between Eve (Sandra Oh) and Villanelle (Jodie Marie Comer) will definitely get more intense in Season 2 of Killing Eve, fans can still expect some funny moments in the sophomore run of the drama series.

Some of these silly scenes are featured in the recently released final trailer for the new season. At the start of the video, Villanelle is seen escaping from the hospital after getting stabbed by Eve at the end of Season 1. Because Villanelle is known for her elusiveness, one would think that getting out of the hospital unseen would be very easy for her. While that appears to be true, the assassin, funnily enough, has some second thoughts on stepping into a pair of old, bedazzled Crocs. But since her survival comes first over her great taste in fashion, Villanelle is left with no choice but to wear the foam clog shoes.

Another funny moment teased in the trailer is a catch-up scene between Eve and Kenny (Sean Delaney), in which the ex-hacker asks the former where Villanelle is. When Eve tells him that she doesn’t know where Villanelle is but managed to stab her at their last encounter, Kenny is shocked. Though it appears that he needs more time to verbally process the news, he and Eve have to cut their conversation short as one of their co-workers casually enter the room to get some water. Apparently, the pair’s attempt to pretend natural in front of their colleague is so bad that the scene ends up being awkwardly hilarious.

Also in the trailer, Carolyn (Fiona Shaw) officially gives Eve the task to find Villanelle — an assignment that makes her extra giddy than the usual.

Killing Eve Season 2, which also stars Darren Boyd and Owen McDonnell, among many others, premieres Sunday, April 7th on both BBC America and AMC.