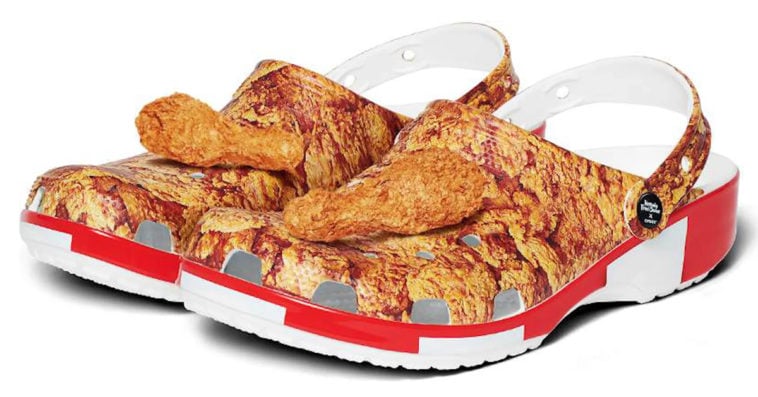 KFC and Crocs have made 2020 even weirder by co-creating footwear that smell like fried chicken. While the idea of chicken-scented clogs seems pretty silly, they look surprisingly stylish that a lot of people would actually want to wear them.

As seen in the photos and video below, Crocs’ classic clogs have been reimagined as KFC’s iconic red and white striped bucket filled with the world-famous fried chicken. The restaurant chain’s complete name is also featured on the back of the left shoe, while a cropped image of the company’s founder, Colonel Sanders, is found on the right. Each pair of the co-branded footwear also comes with two Jibbitz charms that look and smell like the original KFC fried chicken. 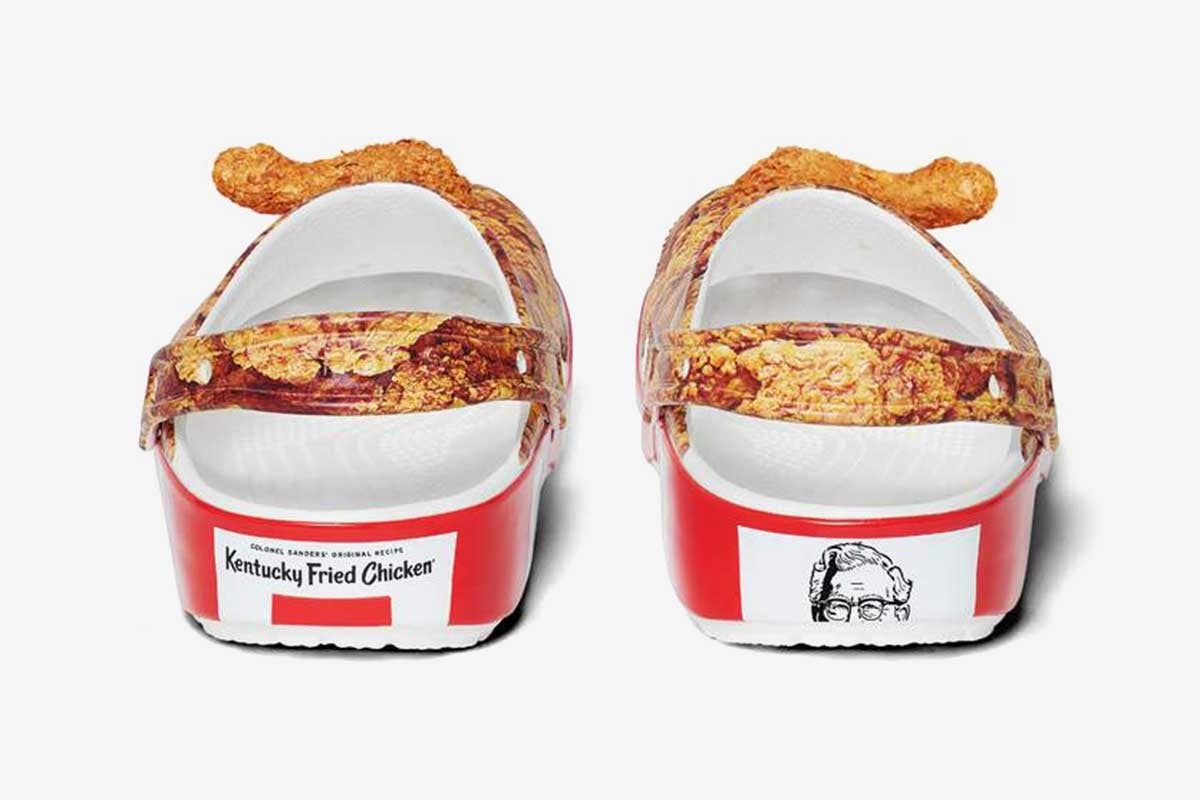 Artist and social media influencer MLMA is the face of the chicken-scented shoes, and in an interview with Paper magazine, she described KFC and Croc’s collab as “high fashion” because both brands are “doing something different that’s fun and creative …  [and] when you have fun, and do something no one else would try, that’s when you go viral.”

The price for the chicken-scented clogs has not been revealed yet, but they will be available for purchase at Crocs.com on Tuesday, July 28th starting at 12 p.m. ET. Given the limited-edition nature of the shoes, they are expected to sell out quickly, so if you want to be one of those lucky fans to get a pair, make sure that you’re ready ahead of the launch time. But in case you miss out, chances are you’ll be able to find a pair in your size on eBay shortly after launch. 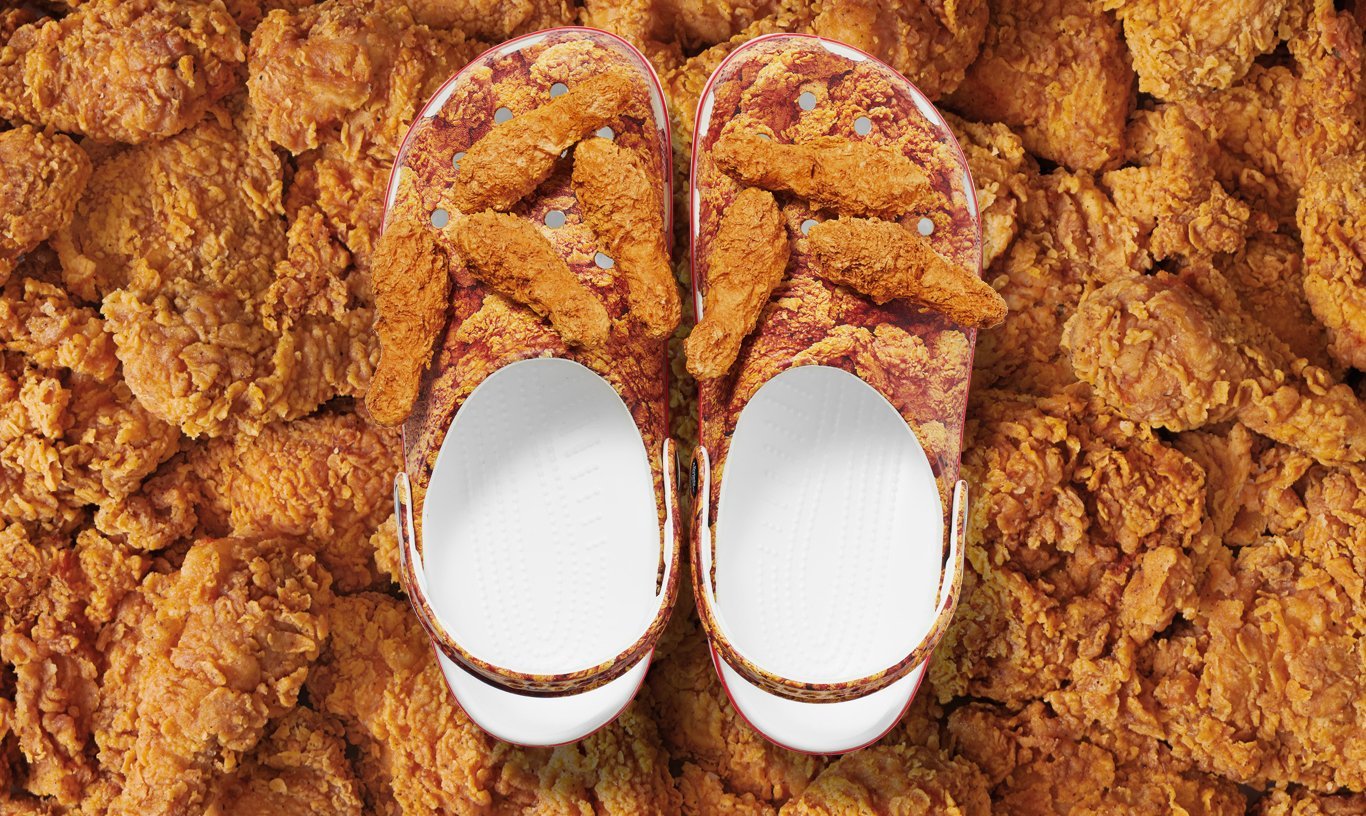 In the Paper magazine-produced video shown above, the lineup of the chicken-scented footwear includes a version of the classic clog with a 4.5-inch platform heel. For some reason, however, that variant is not featured on Crocs.com’s landing page, so you may or may not have two options when the shoes finally become available online.