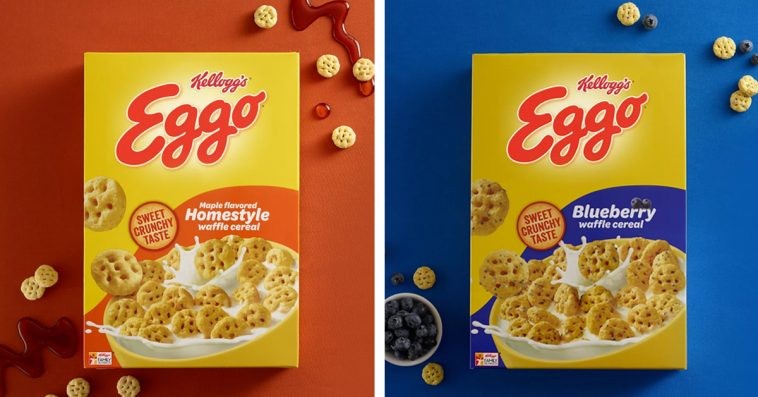 After a seven-year hiatus, the breakfast favorite will be hitting Walmart shelves once again starting November 24th. The cereal will retail for $3.64 per box and will be available in two flavors: Maple Flavored Homestyle and Blueberry. After being exclusive to Walmart for a few weeks, the returning cereal will begin to hit the shelves of other retailers across the country.

The announcement of the cereal’s return was made a couple of months after Eggo’s official Twitter account promised to bring back the cereal if the tweet below got 10,000 retweets.

If this gets 10,000 RTs we’ll bring back Eggo cereal. #NationalWaffleDay https://t.co/iPqTrr9pAp

Back in July, a Twitter user with the handle @Anniewolff3 mentioned Eggo in a tweet asking the brand to bring back the original maple syrup-flavored Eggo Waffle Cereal. Though there’s nothing extravagant about the fan’s plea, Eggo responded to it on National Waffle Holiday, writing: “If this gets 10,000 RTs we’ll bring back Eggo cereal.”

Apparently, Kellogg’s kept its promise, as it announced the cereal’s return shortly after the tweet in question reached over 10,600 retweets.

Surprisingly, unlike most returning cereals, the two new varieties of Eggo Waffle Cereal aren’t limited edition, so it’s likely that they will be available for the long haul. It isn’t clear, however, if Eggo will be adding new flavors to the lineup.