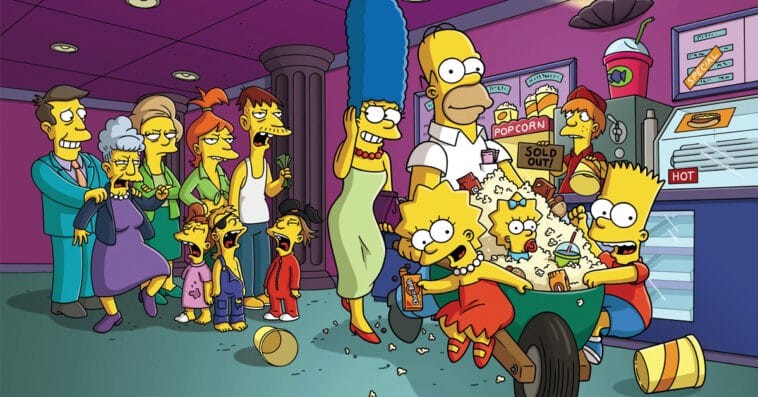 It has been three years since it was revealed in 2018 that a sequel to 2007’s The Simpsons Movie is in development at 20th Century Fox. And even though the animated project doesn’t appear to have made huge progress since it was announced, The Simpsons showrunner Al Jean has recently confirmed that talks about the potential sequel are still ongoing.

In an interview with NME, Jean, who served as a writer and producer on the first The Simpsons movie, said that plans for the sequel had gained momentum before the COVID-19 pandemic hit. But after the global health emergency shut down theaters last year, the sequel’s creative team has been on spectator mode to see how cinemas would reopen. And while movie houses have yet to completely bounce back from the pandemic downturn, Jean and his fellow creatives behind the sequel are still considering a theatrical release for the film.

“We’re cursed by high ratings. We’re still on the air as a TV show and that takes up a lot of time,” Jean said of how running the weekly The Simpsons series affects the development of the movie sequel. “I worked on the [first] movie simultaneous to the show, and it nearly killed the animators. But we have an idea, it’s just that we’re waiting to see what the environment is. Do we want to do it as a streamer? In theaters? Animation has been the slowest to come back to theaters. But now that [ages] 5 and up are getting vaccinated [in America], the business might resume. We’re in a wait-and-see mode. But there’s definitely the germ of something there.”

“We were really talking about it a lot before the pandemic. And now I think just as a caution, I want to see how movies and, specifically, animated movies come back, because I wouldn’t want to do it just as a streaming experience,” Jean said at the time. “We really want it to be a theatrical movie because that was the point of the first one, it was a thing you couldn’t get anywhere else. I’m going to movies, I’m vaccinated. I’m really rooting for the movie industry, but I want to see what, personally, the landscape is. And then they also have so many great movies, I think they have five Avatar movies, five Star Wars movies in waiting … so they have a lot to roll out and we’re going to go see Black Widow this weekend. I’m going to support the theater, even though I have Disney+.”

Although it seems that fans won’t be seeing The Simpsons Movie sequel anytime soon, there’s still a lot of new Simpsons content coming up, as the series ― which is currently on its season 33 run ― has already been renewed for a 22-episode season 34.

The Simpsons season 33 airs every Sunday at 8 p.m. ET on Fox.