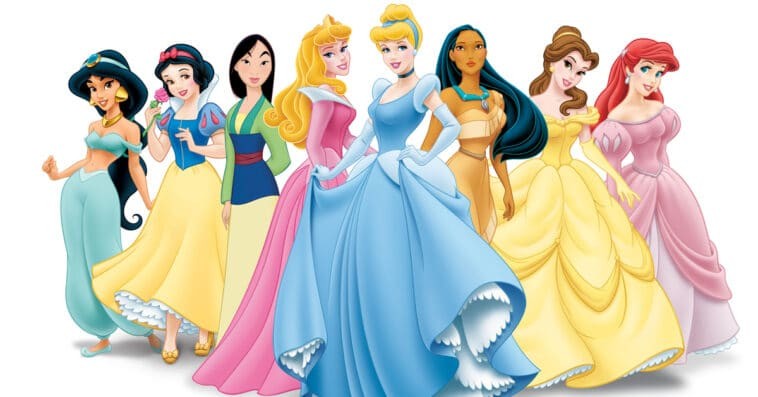 Disney princesses have long been criticized for reinforcing gender stereotypes. But according to a new study, Disney princess culture actually has positive effects on children over time, including positive body image and dismissal of traits associated with toxic masculinity.

A team of researchers from Brigham Young University led by developmental psychologist Sarah Coyne surveyed over 300 kids from preschool throughout their early adolescences about their views of Disney Princesses, as well as their views on men and women in general.

In their first study published in 2016, the researchers found that younger kids, particularly girls, leaned into gender stereotypes without essentially picking up on the admirable traits of the Disney princesses, such as kindheartedness and courage. They, however, also learned that the children’s confidence in their bodies wasn’t actually affected by the Barbie-esque physical appearance of some of the Disney princesses.

Interested in seeing this effect on children over time, Coyne and her team continued to survey the same children into their adolescence. The results of the follow-up study, which were published in the journal Child Development just last month, show that kids who had a “higher engagement” with princess culture as toddlers were more likely to hold progressive views about women as tweens and young teens.

Citing new Disney princesses such as Moana and Elsa who represent a new wave of princesses in pop culture, Coyne explained: “Princess culture gives women key storylines where they’re the protagonist. They’re following their dreams, helping those around them, and becoming individuals who haven’t prescribed a role because of their gender.”

The study also found that girls who had high princess culture engagement during their early years were more likely to “view educational opportunities, relationships, and careers as being equally important for women and men.”

Interestingly, the study suggests that Disney princess stories also have positive effect on boys. “Boys who are exposed to princess culture earlier in life tend to do a better job expressing emotion in their relationships,” said Coyne. “Rather than shutting down their feelings or feeling like they should fight someone who challenges them, they can express their emotions in non-violent ways.”

Of course, simply letting children watch Disney princess movies is not enough to teach them about gender equality. To inform children’s emotional intelligence and views on gender, Coyne encourages parents to talk to their kids about their favorite characters and what they like about them.

“Focus on the humanity behind each princess, not just their appearance,” Coyne said. “Princesses like Moana are full of depth, passion, and goodness. The story isn’t about how she looks, it’s about following your dreams and finding who you are. Parents can take these interpersonal qualities and help their kids grow. We can show them that princesses offer a wide amount of depth beyond appearance.”