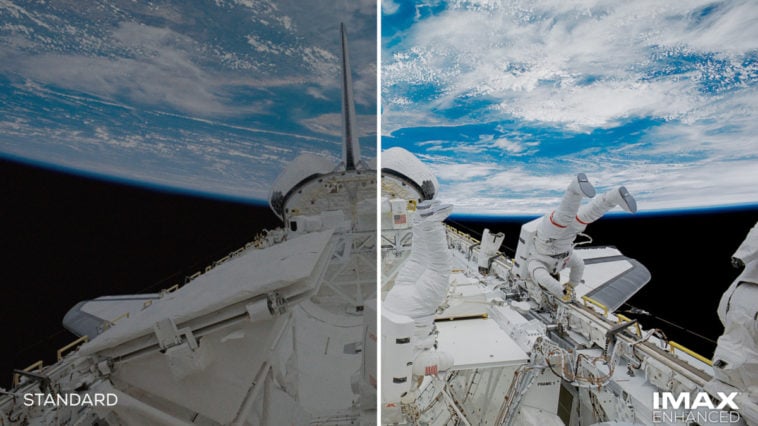 Have you ever dreamt of bringing the IMAX theater experience with you home? Well, now you can get really close to that at home with IMAX Enhanced content and compatible home theater equipment.

IMAX has worked with filmmakers to offer select digitally remastered films as IMAX Enhanced. Offering these films as IMAX Enhanced means brighter, clearer images, that are often less noisy. Many of the films also offer an increased aspect ratio for a more immersive experience – which is an experience more like what you get when you watch a film on an IMAX screen.

IMAX says that an IMAX Enhanced mode will be coming to more and more TVs. The first TV to support the mode is the pricey 77” Sony A1E OLED 4K UHD TV ($7,999+). But to get the complete experience, you’ll need to be watching IMAX Enhanced streaming content or IMAX Enhanced content on a 4K UHD Blu-Ray player.

READ  First Man review - See it in IMAX, or skip it altogether