Dell has launched a gigantic interactive touch monitor aimed at the enterprise and education industries. The Dell 75 4K Interactive Touch Monitor, AKA the C7520QT, packs in a huge 75-inch display that is able to accept 20-points of touch. That means that multiple users can interact with the screen at the same time. We got to spend some hands-on time with the C7520QT. Read on for hands-on review and overall first impressions.

Because the Dell 75 4K Interactive Touch Monitor C7520QT monitor is so large, Dell wasn’t able to easily ship one out to us to test in our office. Instead, we came to them and tested it on-site. Consequently, we can’t ascertain this to be a comprehensive review, but rather this should be considered to be a hands-on/first impressions review.

You can interact with the display using a finger, stylus or pencil. And that’s exactly what we did while testing. It didn’t matter whether we drew on the board using our fingers or a stylus, both methods proved to be just as responsive. The monitor is smart enough to assign a different color to each new hand or tool that is interacting with the monitor.

You can easily erase your work by gently rubbing the palm of your hand against the board. This feels very intuitive and we were quick to get the hang of it.

Believe it or not though, we quickly got tired from having to stretch our arms to reach and scribble onto the top side of the monitor – because it’s just that HUGE. Fortunately, Dell anticipated this exact scenario and they created the Dell Screen Drop feature which allows you to raise, lower and mark up the image from a choice of three different height settings, all of which can be accessed via the buttons at the side of the panel.

Aside from using the monitor as a display for drawing and taking notes, you can use Dell’s Display Manager software to separate the monitor into several different virtual displays. The software comes with several predefined templates to choose from. 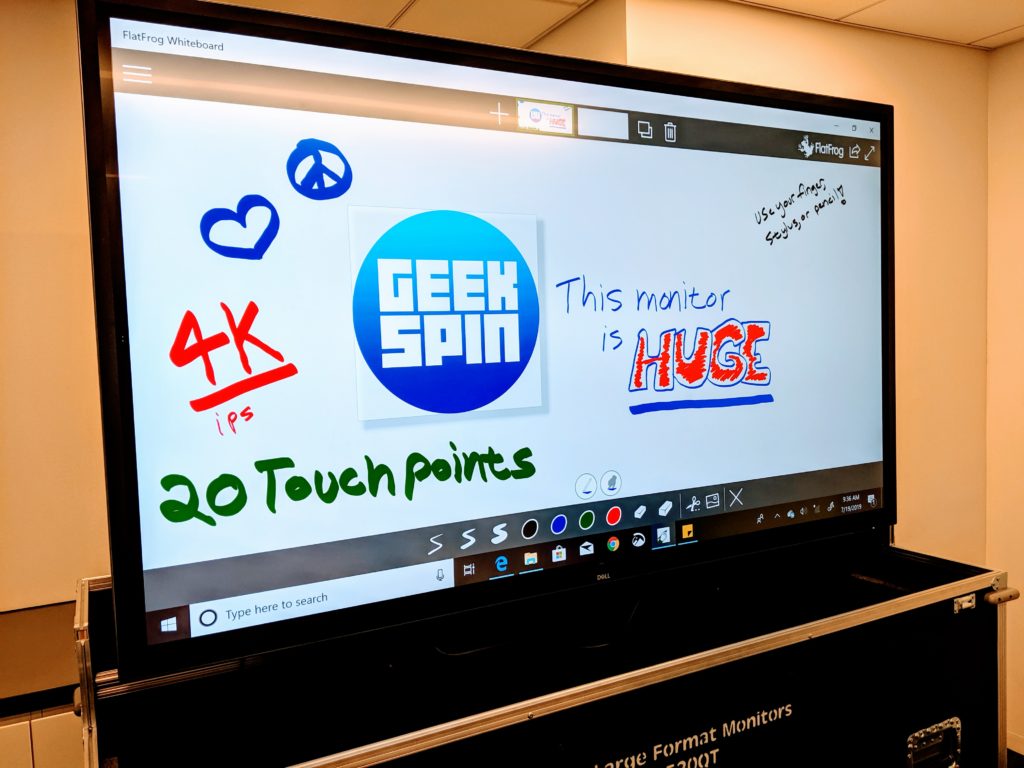 Despite being geared primarily towards the enterprise and education sectors, the Dell 75 C7520QT is actually a lot of fun to use. It’s sure to take both classroom projects and boardroom meetings to the next level – if you’re organization can afford it. The Dell 75 C7520QT retails for $5,999 and it comes with a comprehensive 3-year warranty.