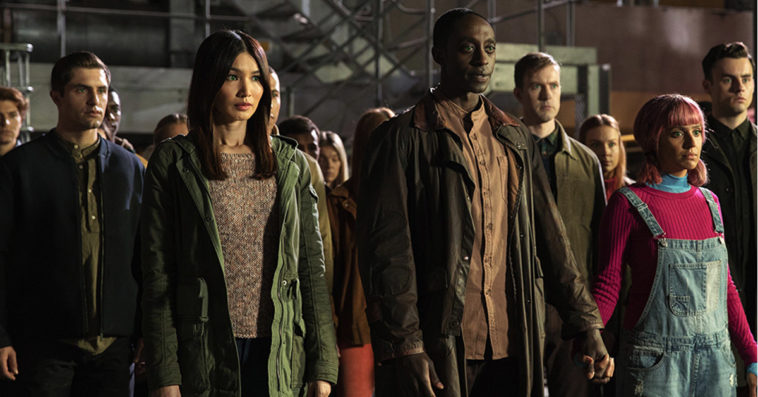 Humans, the sci-fi robot drama produced by AMC in the United States and Channel 4 in the United Kingdom, is not returning for a fourth season.

Creators Sam Vincent and Jonathan Brackley revealed the show’s cancellation in a joint statement on Twitter. “Sadly there won’t be a 4th season of Humans,” the pair wrote pretty straightforwardly at the beginning of their statement. “In this age of unprecedented choice and competition, we can have no complaints. Channel 4 & AMC were the perfect partners. They supported the show brilliantly and above all — let us make three seasons.”

The duo then praised the show’s talented cast and dedicated crew for a job well done. Though the creators didn’t mention a single name in purpose, they did give a special shout-out to the “unfailingly generous Swedish team behind the original version” of the series.

In closing, Vincent and Brackley thanked the show’s fans, while throwing a little shade at Game of Thrones. “Thank you so much for the messages, support, podcasts, bespoke mugs, and for never setting up a petition to make us redo something,” the Humans creators wrote, addressing the fans.

Though Humans isn’t returning for a fourth season, Vincent and Brackley are hopeful that the show would come back in the future. “We know we left some threads hanging. … Maybe one day we’ll get the chance to pick them back up,” the pair wrote. “If there’s anyone out there with a few million quid and an interest in AI stories, we’re all ears. DM us Elon [Musk].”

Starring Gemma Chan, Katherine Parkinson, Lucy Carless, Tom Goodman-Hill, and many others, Humans explores the themes of artificial intelligence and robotics, focusing on the social, cultural, and psychological impact of the invention of anthropomorphic robots called synths.

With a 94 percent freshness rating on Rotten Tomatoes and a Metascore of 76 on Metacritic, Humans has been dubbed by many as the robot show that was better than Westworld. Despite being critically acclaimed, Humans was cancelled because of its low ratings. The third season of the show just averaged 353,000 total viewers and a 0.08 demo rating, down sharply from its freshman and sophomore runs.