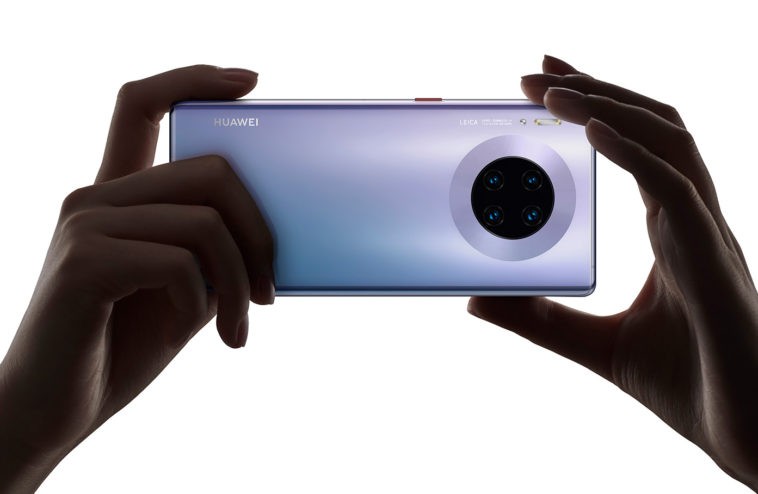 Despite all the pressure Huawei has been under this past year, the Chinese tech giant pushed forward and just unveiled their Mate 30 flagship series.

At an exclusive launch event held in Munich, Germany, Huawei showcased the new Mate 30 and Mate 30 Pro. The Mate 30 houses a classic 6.62-inch flat display while the Mate 30 Pro features Huawei’s new 6.53-inch Horizon display. The Horizon display’s screen curves at an angle to provide an edge-to-edge display. That’s nothing new, but what is new is how the Mate 30 Pro does away with the physical volume rocker buttons and replaces it with customizable, movable side-touch virtual buttons. Other hardware improvements include a minimal notch design, narrow bezels, and an in-display fingerprint sensor.

Internally, both models will be powered by the Kirin 990 5G chipset, making them the first smartphones to integrate a 5G modem on the same chip. The Mate 30 Pro 5G variant will feature 14 antennas to increase speed and enhance connectivity, making it the world’s first 2nd generation 5G smartphone.

As expected, the phones are going to be sold without full Android support and without Google Services or apps. This means that both the Mate 30 and Mate 30 Pro will come without support for apps such as Google Maps, Google Chrome and most importantly, the Google Play Store. Unfortunately, Huawei hasn’t come out a workaround for this yet, but on stage, they confidently presented Huawei Mobile Services as an alternative. Huawei says that they have already integrated their own app store, Huawei AppGallery on to the devices. The AppGallery currently offers over 45,000 apps. Huawei also announced that they are investing $1 Billion to create and develop their own software ecosystem to replace that of Android and Google.

The Mate 30 and Mate 30 Pro will also run the latest EMUI10 as its operating system. It’s modeled after the most recent Android 10 with an Always-On Display that changes color throughout the day, Dark Mode, AI Gesture Control, Multi-screen Collaboration, 3D Face Unlock and HiCar, Huawei’s version of Android Auto.

But of course, Huawei phones have mostly been about its camera innovation and this time around is no different. Both models house their Leica-branded cameras in a beautiful ring design that is very much different from their predecessors. The Mate 30, in particular, is equipped with a triple camera system while the Mate 30 Pro will have a quad-camera system.

The Mate 30 Pro’s Cine Camera and SuperSensing Camera work together as a dual-main camera system. With a large sensor and maximum video ISO of 512000, the Mate 30 Pro’s camera is able to capture videos with an extended dynamic range. It’s capable of recording 4k video at 60FPS and astounding slow-motion with 7680 FPS at 720p. With its 3D Depth Sensing camera, it’s also able to provide accurate pro-bokeh capabilities.

One thing’s for sure, Huawei’s new Mate 30 series phones are worthy flagships. But without Google’s support, it will most likely be very difficult for Huawei to sell these phones outside of China.