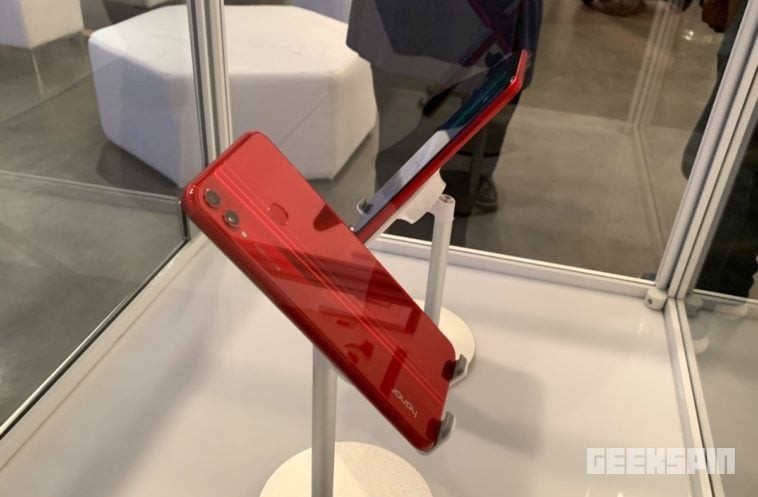 A phone with a 6.5” display, a 91% screen-to-body-ratio, and an AI powered dual-lens camera – that sounds a lot like a flagship phone! But this time we’re talking about the new Honor 8X, and it’s expected to retail for a hell of a lot less than most flagships.

The new Honor 8X is the predecessor to the Honor 7X which was one of our favorite budget phones of 2017. The Honor 8X takes things up a notch – literally. It’s got a large enough display to rival the iPhone XS Max, but with an even smaller notch than the Max, and a very minimal bottom bezel. The Honor 8X’s display is rocking a 2340 X 1080 resolution (397 PPI) and it has also been engineered with reduced blue light for reduced eye strain.

But it’s not just the display of the Honor 8X that is impressive, but its body aesthetics are beautiful too. Available in a choice of red, blue, or black, the phone is made of a metal middle frame with a double texture aurora glass body that sports a neat “grating” effect. It’s clear that Honor has taken cues from the Huawei’s textured P20 Pro for the Honor 8X, and we totally approve.

Honor says that the 8X’s AI-powered camera performs really well in low light. They also say that their AI technology comes into play in several practical areas – for example, it helps reconnect your phone to a 4G cellular signal faster than most other phones can.

While we haven’t gotten a chance to actually hold and play with the Honor 8X, we’re extremely impressed with how beautiful it is and how impressive its specs are on paper. In Europe, the Honor 8X retails for 250-300 Euros, which is quite the good value for a device with so many flagship qualities going for it. The Honor 8X could very well be the best budget smartphone of the year. We’ll update this story once we have pricing and availability.