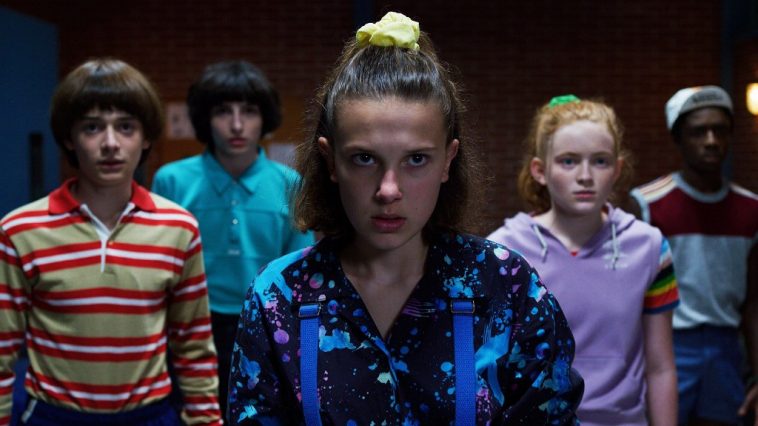 2019 saw a rise in streaming services and its viewers. What was once a platform dominated by Netflix is now saturated with a handful of other companies that have proven to be worthy competitors. This year saw the addition of two new notable streaming services, Disney+ and Apple, TV+, with Disney+ having one of the most talked-about shows this year.

But despite the stiff competition, Netflix still holds its ground in leading the pack. TVTime, the world’s largest tracking platform for TV and movies, released a list of the most-watched streaming series of 2019 and it’s not surprising that it’s comprised of mostly Netflix shows. Out of the 20, only one series was not on Netflix. The Handmaiden, which streams on Hulu, holds the number 6 spot on the list. 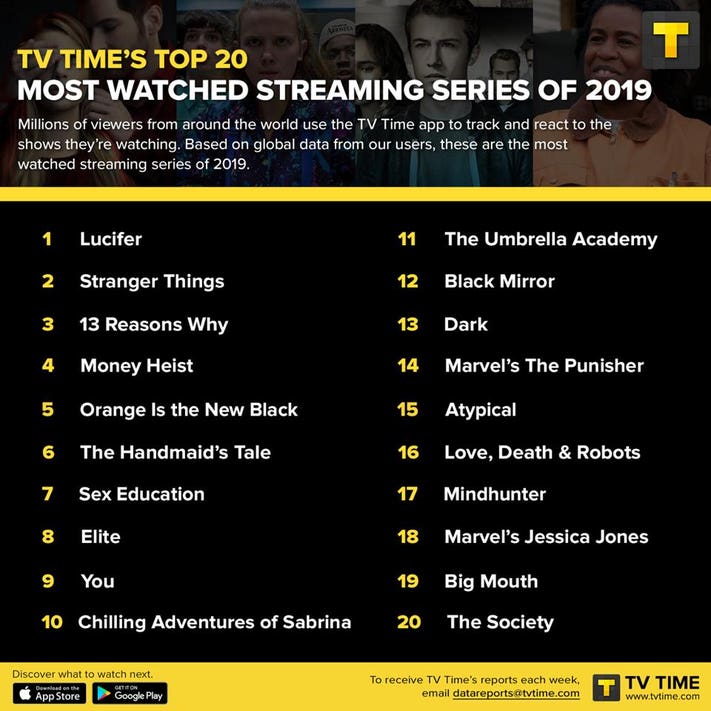 At a glance, the top 20 titles span across a variety of genres and styles. Spanish series, Money Heist (La Casa De Papel), not only holds a spot on the list but is part of the top five shows watched this year despite being a foreign language series. It’s already slated to release its fourth season in 2020.

Other shows on the list showcase the variety of content Netflix has to offer compared to its competitors. Shows like Stranger Things, Lucifer, and 13 Reasons Why are obvious picks for this year’s top shows but also on the list are more niche shows like adult comedy cartoon, Big Mouth, and the short film anthology, Love, Death & Robots, have surprisingly placed on this year’s top 20. Needless to say, Netflix’s move to create more original content alongside licensing existing shows and films has proven to be vastly fruitful in 2019 and will be continuing in 2020.

Netflix is also breaking borders in the awards scene, having received 17 nominations in both TV and film categories for the Golden Globes in 2020. And, for the first time ever, Netflix received a Best Picture nomination for The Irishman which was directed by Martin Scorsese. Stephan Paternot, CEO of Slated, says,

“Netflix is well-positioned to dominate across the entire board, discovering fresh shows that will attract and maintain viewers. Awards shows are finally recognizing streaming services, so all platforms will continue to create fresh content and recruit top talent.”