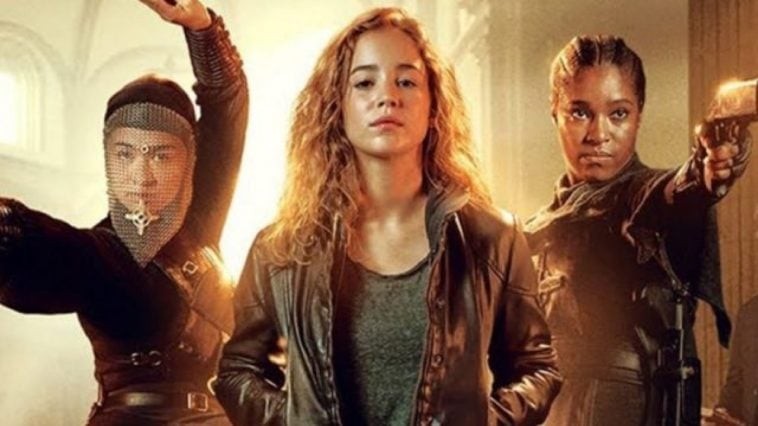 Comic book adaptations and fantasy TV shows have proven immensely popular over the last few years, and Netflix was hoping that a combination of the two would result in success when the first season of Warrior Nun was released in July.

Based on the title alone, subscribers could probably guess straight away whether or not it would cater to their tastes, but the first ten episodes offered a lot more than just a high concept and some flashy visual effects.

Star Alba Baptista is clearly destined for bigger things, and the actress holds the entire show together with an earnest and charismatic lead performance that somehow manages to keep the emotional stakes of the story grounded, despite the focus on a secret order of nuns waging an eternal battle against the forces of evil.

With a female lead that’s just as capable in the action scenes as she is in the more emotional moments and no shortage of action-packed set pieces featuring a myriad of villains and monsters, Warrior Nun was inevitably compared to Buffy the Vampire Slayer.

There are worse things to be compared to than one of the most beloved and popular fantasy shows in history, but Warrior Nun also manages to stand on its own merits as a unique and gripping tale that deftly balances action, heart and humor. It also helps that the ensemble cast are fully aware of the ridiculous scenarios that they find themselves in and the heavy amounts of exposition that come with it, but they never let their performances become too self-aware to the detriment of the plot.

Warrior Nun possesses all of the ingredients to become a firm cult favorite, and with over 25 years’ worth of source material to mine from the comic books there are plenty more adventures in store for Ava and the Sisters in further seasons.

The Season 1 finale ended on a cliffhanger, and fans have been hoping that the open-ended conclusion meant Netflix were planning on a renewal. Less than seven weeks after the show debuted, Warrior Nun was officially renewed for a second run of episodes.

Alliances between characters on both sides of the good/evil divide shifted so regularly over the course of the first season that trying to guess where the story is heading is virtually impossible, but with success already under their belts and the creative freedom that comes with getting the world-building out of the way, showrunner Simon Barry and his team will no doubt be looking to increase the scope and scale of the series.

With the devil having revealed himself to the world and the Sisters discovering a conspiracy that saw them find out their entire reason to exist had been built on a lie, there’s no shortage of options for Warrior Nun to head in even crazier directions the second time out.

As the most popular show on Netflix around the world in July, there’s already a built-in audience eager to find out what happens next, and with Season 2 officially happening fans can rest easy knowing that Warrior Nun will definitely be back.

UPDATE: After more than two years of hiatus, Warrior Nun finally returned to Netflix for its second season on November 10th, 2022. But will there be a season 3 of the show? Find out here!