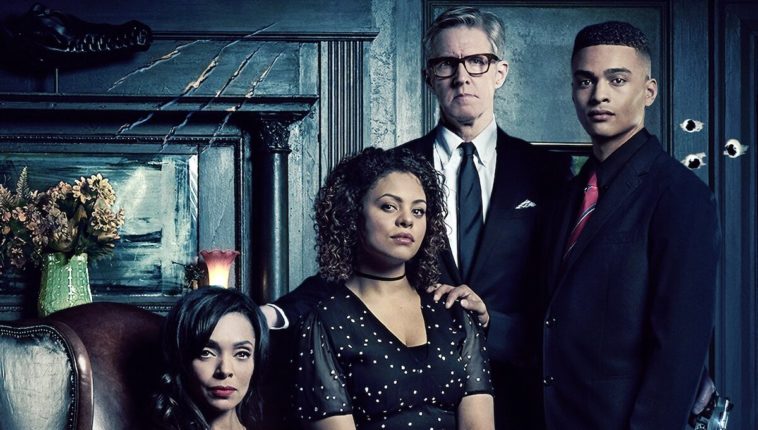 The comic book bubble still shows very few signs of coming anywhere close to bursting, and adaptations based on splash pages and superheroes remain the most popular genre in the business two decades on. Netflix is no stranger when it comes to turning comic books into movies and TV shows, and the streaming giant announced in 2018 that it was developing three IDW properties for the small screen, leading to V Wars, Locke & Key and October Faction all debuting within weeks of each other.

Sandwiched in between V Wars’ December debut and Locke & Key’s February Bow, October Faction arrived at the end of January and looked to directly appeal to viewers of supernatural shows with a heavy action element like Constantine, The Umbrella Academy, The Order, and of course, Supernatural.

The plot follows married couple Fred and Dolores Allen, played by Tamara Taylor and J.C. Mackenzie, who as well as being the parents to twin teenagers also happened to be monster hunters. After the death of Fred’s father, the family returns to their home town to make funeral arrangements, and anyone with even a passing interest in the fantasy genre knows fine well that returning to the scene of your childhood is never a good idea for a protagonist.

Inevitably, Fred is haunted by the memories of his traumatic youth and quickly grows weary of being back on the familiar ground of Barrington-on-Hudson, and soon enough his wife and children soon begin experiencing visions of their own, leading to problems both at home and at school.

Unbeknownst to young Geoff and Viv Allen, their parents are also members of a secret society called the Presidio who are sworn to protect humanity from monsters that hide in plain sight as regular members of the community. The basic setup promised a mix of family drama, soap opera histrionics, and some effects-heavy set pieces, which has been the bread and butter of TV fantasy for a long time.

READ  The CW renews The Outpost for season 3

Despite the best efforts of the cast, October Faction doesn’t offer anything that hasn’t been seen countless times before, and the focus is placed firmly on the family dynamic when making the actual monster hunting the centerpiece of the show would have served it much better in the long run.

There’s definitely potential in the core concept, but Krypton and Sanctuary creator Damian Kindler fails to maximize it, and October Faction falls into many of the same traps as his previous ventures into episodic sci-fi.

Locke & Key may have proved to be massively popular, but unfortunately the same couldn’t be said about the other two shows based on IDW properties. Less than seven weeks after the first ten episodes dropped on Netflix, it was announced that October Faction has been canceled after a single season.

V Wars was also canned on the same day as the streaming giant’s IDW experiment ultimately yielded a 33% success rate, with Locke & Key the only one to be renewed. It didn’t help that reviews were less than stellar from both critics and audiences alike, and October Faction became the latest in a long line of Netflix shows to bite the dust in 2020.