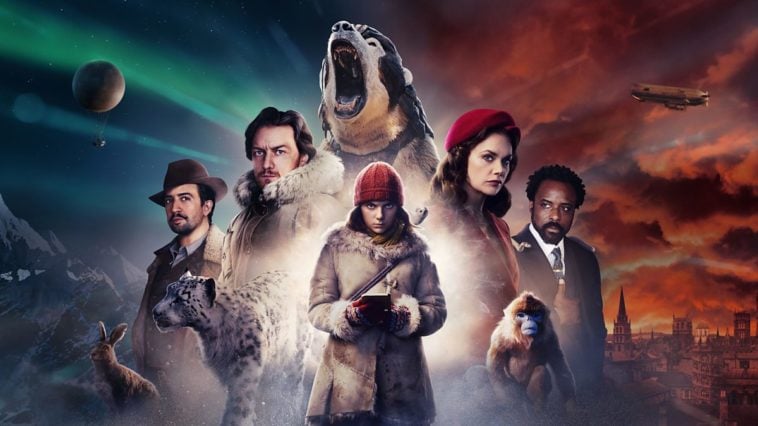 Phillip Pullman has long been regarded as one of the most beloved and popular authors of the modern era, and the His Dark Materials trilogy is frequently lauded as his magnum opus. Northern Lights, The Subtle Knife and The Amber Spyglass have sold nearly 20 million copies worldwide, and the series is now the subject of a lavish TV adaptation that debuted last year.

There was an attempt to turn the books into a money-spinning blockbuster franchise, but 2007’s The Golden Compass was markedly different from the source material, resulting in an underwhelming movie that didn’t turn enough of a profit to warrant any further installments given the massive $180 million budget that it required to bring the world to life.

The rights eventually reverted back to Pullman in 2015, and soon after it was announced that the BBC and HBO were teaming up for a new version of His Dark Materials that would mark a more faithful translation of the novels. Each season will tackle one of the books, and the first eight episodes started rolling out in November of last year.

The names in front of the camera were just as impressive, with Logan’s breakout star Dafne Keen leading the cast as Lyra Belacqua and the esteemed likes of Ruth Wilson, James McAvoy, Lin-Manuel Miranda, Andrew Scott, Helen McCrory and Phoebe Waller-Bridge all lending support throughout the first season.

His Dark Materials scored hugely enthusiastic reviews from critics, who rightly praised the impeccable production design and visual effects, along with the world-building on display, solid performances across the board from the sprawling ensemble and a sense of awe-inspiring scale that few major TV productions could match.

The series airs on BBC One in the United Kingdom and HBO in the United States, making it a truly transatlantic venture, and the fact that it aired on a free station in Britain secured strong ratings, with almost ten million people tuning in for the premiere. The ratings may have dipped dramatically in subsequent weeks, but there were still close to six million viewers for the finale. Ratings actually went up throughout His Dark Materials’ run on HBO, with the 424,000 that watched the first episode increasing to over half a million eight weeks later.

Before the first episode had even been screened, a second season was given the official green light, and shooting was almost completed before the entire industry was forced into shutdown as a result of the ongoing health crisis, meaning that the show’s sophomore run has been reduced to seven episodes by necessity.