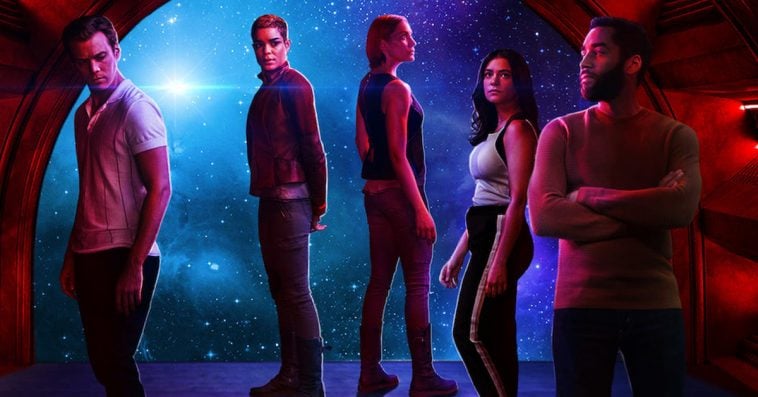 Not all Netflix originals are created equal, and some find themselves relegated to cult-favorite status as opposed to dominating the headlines and becoming a cultural phenomenon. Sci-fi drama Another Life falls firmly into the former category, but the first ten episodes showed plenty of potential to mine the concept for many more seasons to come.

Katee Sackhoff plays the lead role as Niko Breckinridge, an astronaut who jets off into outer space with her crew to try and determine the origins of an alien spacecraft that’s landed on Earth and shows no signs of revealing it’s true intentions.

Meanwhile, her husband Erik Wallace remains on Earth and tries to find a way to communicate with the extra-terrestrials to find out whether or not they pose a threat. A lot of sci-fi shows tend to rely on action to power the narrative, but Another Life places the focus squarely on the human element and the interpersonal relationships both on Earth and among the inhabitants of the Salvare as they travel to the furthest known reaches of the cosmos.

The series doesn’t exactly break any new ground, and is riddled with cliches that fans of the genre have seen a thousand times before, but Sackhoff still commands the screen with another solid performance that solidifies her reputation as one of sci-fi’s leading lights following her stints on Battlestar Galactica, Star Wars: The Clone Wars, The Flash and an upcoming appearance in The Mandalorian.

The rest of the cast is filled out by recognizable faces including Selma Blair, Tyler Hoechlin and Martin Donovan, although the relatively unknown members of the ensemble acquit themselves well despite the heavy-handed dialogue they’re frequently found reciting.

Reception to the first several episodes was far from enthusiastic, but once the show got a handle on how to approach the material and balance the hard sci-fi alongside the multiple dramatic subplots you could almost feel Another Life growing in confidence by the time the story reached a crescendo at the end of Season 1.

Like plenty of other Netflix shows, the first run of episodes ended on a cliffhanger as Niko and the crew discovered that the alien visitors were far from friendly, and had in fact colonized and destroyed countless planets across the universe before setting their sights on Earth.

With the crew on a desperate mission to let their friends and loved ones know that their new guests have ulterior motives, while also firing the first shot in an impending war between humanity and the invaders, the stage is set for a second season to grow even larger in scope and scale as hostilities escalate both on ground level and in deep space.

There’s still huge room for improvement when it comes to ensuring all of the various plot and character elements are cohesively pulling in the same direction, which isn’t surprising when bolting a standard TV melodrama onto the framework of an existential sci-fi was a bold creative choice. However, creator Aaron Martin’s decision looks to have paid off after it was confirmed in October 2019 that Another Life had officially been renewed for a second season.