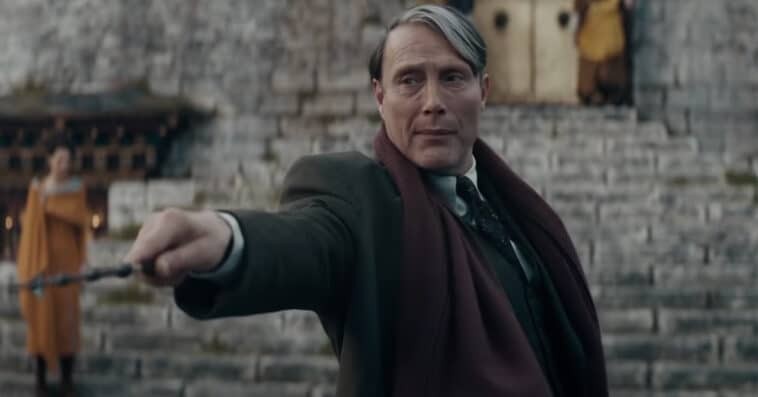 Warner Bros. has dropped the second official trailer for Fantastic Beasts: The Secrets of Dumbledore, in which villain Gellert Grindelwald (Mads Mikkelsen) declares war against the Muggles.

To win that war, Grindelwald plans to seize control of the wizarding world, which apparently includes convincing Albus Dumbledore (Jude Law) to join his side.

“What you’re doing is madness,” Dumbledore tells Grindelwald in the trailer.

Dumbledore’s straightforward comment, however, doesn’t stop Grindelwald from pursuing the war. “With or without you, I’ll burn down their world,” replies Grindelwald, before trying to guilt-trip Dumbledore.

“Do you really intend to turn your back on your kind?” Grindelwald asks Dumbledore. “[After all] it was you who said we could reshape the world.”

It’s unclear why Grindelwald would think Dumbledore would help him at all, but Newt Scamander’s (Eddie Redmayne) line “Even if we make mistakes, we can try to make things right” from the trailer seems to suggest that Dumbledore did something wrong in the past and his decision to not team up with Grindelwald is one of his ways to make things right.

As Potterheads know, Dumbledore holds a blood pact with Grindelwald, preventing the two from dueling each other. So in order to thwart Grindelwald’s evil plan, Dumbledore entrusts Newt to lead an intrepid team of wizards, witches, and muggles on a dangerous mission, where they encounter old and new beasts and clash with Grindelwald’s growing legion of followers.

But with the stakes so high, Dumbledore eventually leaves the sidelines and boldly faces Grindelwald. In the latter part of the trailer, the two are seen fighting with wands, with their respective groups rallying behind them.

As teased in the new trailer and previous promo videos, Fantastic Beasts: The Secrets of Dumbledore will also explore the magical communities in Bhutan, Germany, and China in addition to previously established locations in Brazil, the U.S., and the U.K.

Directed by David Yates from a screenplay by J.K. Rowling and Steve Kloves, the movie opens in U.S. theaters on April 15th.