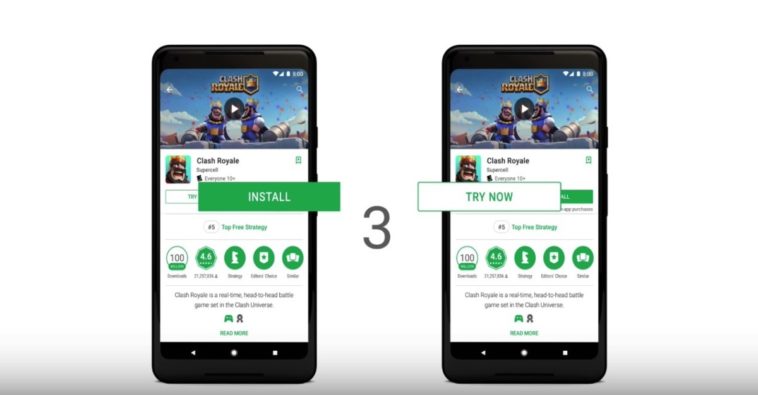 Have you ever wished you could try a game in the Google Play Store before you buy it? That feature is finally coming to Google Play for Android game apps, and it’s called Google Play Instant.

If you’re like myself, you’ve probably had some bad experiences where you shelled out money to purchase a game that looked great from its screenshots, but then once you started playing, you quickly regretted the purchase. Yes, Google Play does have a fair 48 hour refund policy, but that could all be avoided if you could just try before you buy.

And that’s exactly what the new Google Play Instant feature offers customers. All you have to do is tap the “Install Now” button to try a game – all without having to download the actual game.

This feature also makes it easier for gamers to share games with their friends, allowing their friends to instantly try out the game without hassle.

The new feature was announced today at the 2018 Game Developers Conference. Google also announced that they have redesigned their Google Play Games app.

Currently there are a handful of games that support Google Instant Play in the Instant Gameplay Collection. The available selection includes Clash Royale, Words with Friends 2, and Bubble Witch 3 Saga, as well as other titles from Playtika, MZ, Jam City, and Hothead Games. More games with support for Google Instant Play are on their way. Unfortunately, Google Instant Play for developers is still in a closed beta.

It’s a win-win for everyone involved.