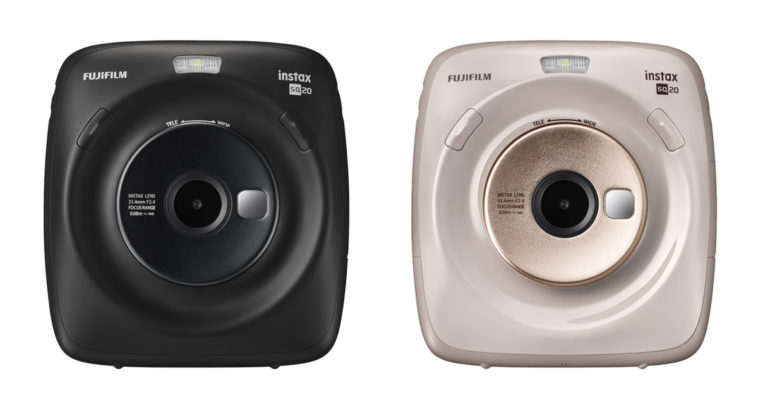 In recent years, Fujifilm and other camera makers have been on a quest to make Polaroid-style cameras popular again. By blending old-school photography with new, cutting-edge technology, these companies are trying to make the tangible photo experience appeal to the masses in a world dominated by digital photo apps such as Instagram.

In 2017, Fujifilm released the beloved SQ10 hybrid camera, this year they’re back with the new and improved Instax Square SQ20.

As you’d expect, like the SQ10, Fujifilm’s SQ20 is loaded with cutesy filters and other photo effects, however, on a technical level, the SQ20 offers so much more than the SQ10 ever could. For example, this year’s model packs a touchscreen display and video recording capabilities. According to Fujifilm, the captured video (limited to just 15 seconds) can be put through the camera’s ‘Motion Mode’ to select the best pictures from the clip to be printed. This makes the feature perfect for capturing kids and pets – or any other subjects that won’t sit still.

Also new is the ‘Time Shift Collage’ mode which uses a ‘time lag’ technique to allow you to capture up to 4 unique images to create a photo collage.

Although Fujifilm says the SQ20 is “stylish and easy-to-hold”, coming in at 4.7 in x 5 in x 2 in (W x H x D), it’s a tad bulky, especially when compared to a modern smartphone. Nevertheless, considering the fact that it’s loaded with fun-to-use photo edit effects and prints stunning 1920 x 1920 photos, it may be worth checking out.

The company plans to release the SQ20 on October 20th, however, pricing information remains unknown.