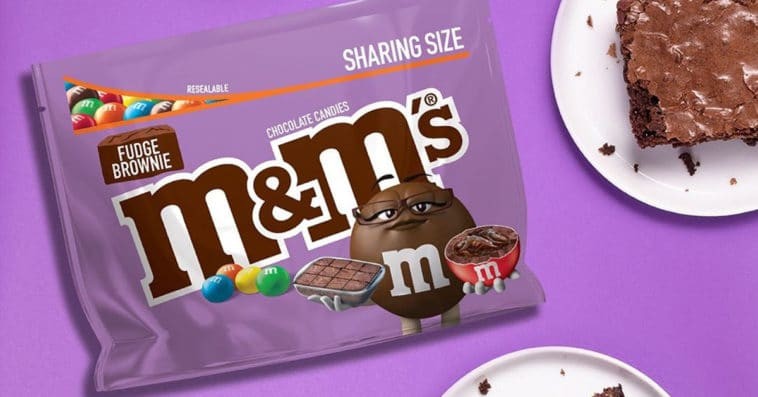 One of M&M’s newest flavors is making a comeback this spring.

After hitting shelves for the first time last year, Fudge Brownie M&M’s will be available once again in April. The chocolate brand announced the flavor’s upcoming return on Instagram, writing: “A little bite of delicious is coming your way. Get ready for M&M’S Fudge Brownie coming April 2020.”

First announced in July 2019, Fudge Brownie M&M’s are bigger than original M&M’s. Its size resembles that of a peanut M&M’s, but rounder.

According to Junk Food Leaks, the flavor’s “immediate in-mouth taste is certainly a normal M&M, but allowing them to melt a bit and moving them around in your mouth is the key to the experience. These chocolate candies soften up quick, and the gooey texture of a warm brownie begins to take over your taste buds. For those who love the brownie aftertaste, this is a home run — and leaves you feeling as if you had just downed an entire brownie, sans all of the calories.”

Fudge Brownie M&M’s got an 8.3/10 score from Junk Food Leaks, which pointed out that the crunch of an M&M and the gooey texture of a fudge brownie are both present and balanced in the flavor. The Instagrammer, however, warned that chocolate lovers who will simply chew and swallow the candy without letting it stay in their mouths for a while may not get the complete taste of the flavor.