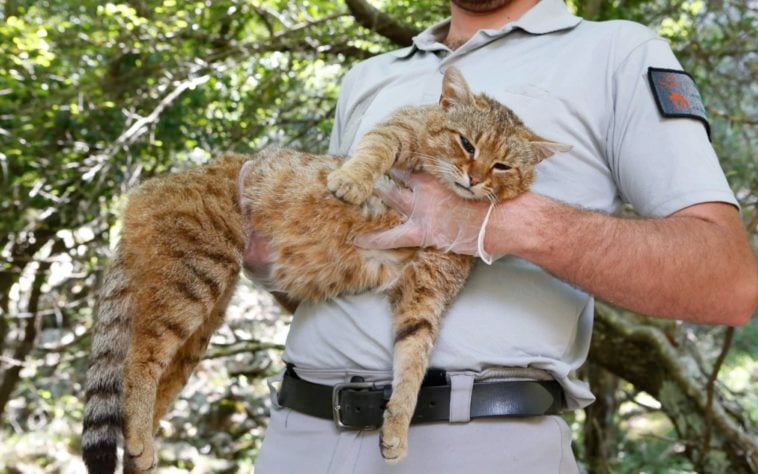 French fairy tales have long told of a meter-long, ring-tailed cat species that would attack goats and other farm animals during the night. Now it turns out that these are more than just legends. Scientists from the National Hunting and Wildlife Office, the ONCFS, have identified the animal and dubbed it the “cat-fox.”

Representatives from the ONCFS have said that it may have been difficult to find and identify the animal until now, because of its nocturnal habits. They also noted that it was a relatively inconspicuous species.

Though the scientists have dubbed it the cat-fox, local legends have previously referred to it as the Ghjattu Volpe. In describing the animals, ONCFS scientists have said that it resembles a domestic cat, save for its black-tipped tail which typically touts between two and four rings. Other distinguishing features include noticeably wider ears and shorter whiskers, along with highly developed teeth which resemble a canine’s.

This cat species is also much larger than most other cats, measuring up to a meter from head to tail- which is one of the predominant reasons why it has been nicknamed the cat-fox. ONCFS representatives have noted that the cat species are found in a remote habitat that protects predators, which also helps to explain why they have gone undiscovered for so long.

While the exact identity of the species has yet to be determined, preliminary DNA testing has shown that it’s distinct from the European wildcat and similar to the African forest cat. The first specimen of the cat species was captured in 2016 using non-violent means, while 12 out of a reported 16 wild cats have been caught in the years since then.