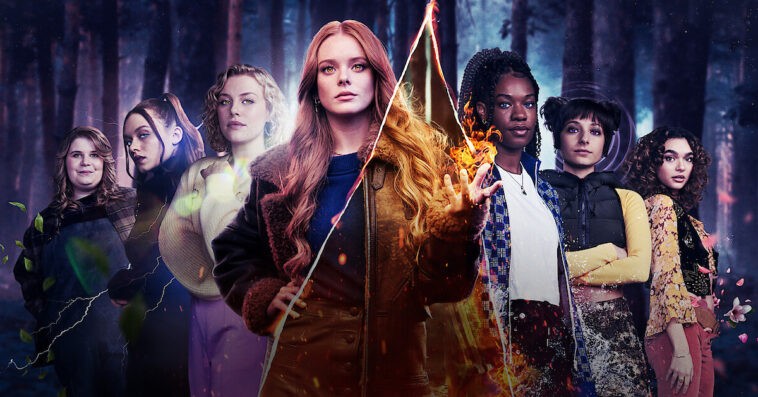 In January 2021, Netflix released Fate: The Winx Saga, a live-action teen drama based on the animated series Winx Club. The streaming service revealed in April 2021 that 57 million of its subscribers watched the show’s freshman run during the first 28 days of its release, but is the series a must-watch? Read on to learn more about the program and decide whether it’s something you want to add to your watch list.

Is Fate: The Winx Saga based on Winx Club?

Yes. As previously mentioned, Fate: The Winx Saga is based on Winx Club. Created by Italian animator Iginio Straffi, the animated series was produced by Rainbow S.p.A. and later by Nickelodeon. The original series ran from January 2004 to November 2009, while the revival aired from June 2011 to September 2019. The show has a total of 208 half-hour episodes across eight seasons, plus four hour-long specials.

Straffi first proposed a live-action version of Winx Club in 2011, after Viacom, owner of Nickelodeon, became a co-owner of his production studio Rainbow S.p.A. The live-action series, however, didn’t come to fruition until 2021, under the helm of showrunner Brian Young.

What is Fate: The Winx Saga all about?

Just like in Winx Club, Fate: The Winx Saga centers on a fire fairy named Bloom (Abigail Cowen). To train and hone her mystical skills, she enrolls at a magical boarding school in the Otherworld called Alfea, where she shares a suite with Stella (Hannah van der Westhuysen), a light fairy; Aisha (Precious Mustapha), a water fairy; Terra (Eliot Salt), an earth fairy; and Musa (Elisha Applebaum), a mind fairy. While Bloom starts to learn more about her past with help of her new friends, ancient creatures called the Burned Ones return to the Otherworld and threaten everyone at Alfea.

Who played Beatrix in Fate: The Winx Saga?

Sadie Soverall played Beatrix in Fate: The Winx Saga. An air fairy who can manipulate electricity, Beatrix is interested in Alfea’s dark history and knows more than others about Bloom’s mysterious origins. Like most of the show’s young cast, Soverall is a relative newcomer. Prior to becoming part of Fate: The Winx Saga cast, the actress appeared in the 2019 drama mystery film Rose Plays Julie and in the 2021 podcast series, Kid: A History of the Future: Part 1.

Is Fate: The Winx Saga worth watching?

Season 1 of Fate: The Winx Saga has an audience score of 76% on Rotten Tomatoes, while season 2 boasts a higher 89% audience score. Critics, however, are not raving about the series.

In fact, the show’s freshman run only has an approval rating of 40% based on 20 reviews, with an average rating of 5.2/10. The website’s critical consensus for the first season described the show as “flat”, “flimsy”, “forgettable”, and a “fantastical flop that fails to capture the magic of its source material.”

Variety’s Caroline Framke slammed Fate: The Winx Saga for relying too much on clichés, noting that even though Winx Club was largely targeted at pre-teens, the live-action series felt more like The CW’s Riverdale as everything in it has “an ominous sheen of sexy intrigue.”

Critics also panned the diversity of the cast. Fate: The Winx Saga received backlash over whitewashing Musa by casting Applebaum for the role, which was supposed to be East Asian. Reviewers also aired their disapproval of the apparent replacement of the original Latina character, Flora, with a new White character named Terra played by Salt.

In response to the backlash due to casting whitewashing, Straffi revealed that Rainbow S.p.A. demanded that the ethnic diversity of Winx Club be respected in the live-action series. Still, Netflix went in another direction when building the show’s cast.

Despite these criticisms, the show was praised for its compelling plot, strong cast performance, and exciting world-building. Melissa Camacho of Common Sense Media wrote that Fate: The Winx Saga “offers a story world that is easy to escape into, and easy to get caught up in if you’re looking for a fantastical universe to explore.”

Will there be a season 3 of Fate: The Winx Saga?

No. There will be no season 3 of Fate: The Winx Saga.

Was Fate: The Winx Saga canceled?

The six-episode season 1 of Fate: The Winx Saga arrived on Netflix on January 22nd, 2021. A year later, the series was renewed for a seven-episode season 2, which debuted on the streaming service on September 16th, 2022. But in November 2022, it was revealed that the series was canceled after two seasons.

The show’s cancellation was announced by showrunner Brian Young a month and a half after season 2 become available for streaming.

“Hi, all! This is not fun news to share, but Netflix [has] decided not to move forward with season 3 of Fate: The Winx Saga,” Young wrote in an Instagram post. “This is especially tough because I know how many of you loved this season. It’s a heartbreaking silver lining, but a silver lining all the same. I’m so proud of everyone who worked on the show, and so happy we got to tell the stories we did. Our cast and crew put in a ton of hard work creating this world and these characters. I’m grateful for each and every one of them, and for all of you for watching. It’s been an amazing four years. Hopefully, we’ll see each other again in the future.”

Why was Fate: The Winx Saga canceled?

Netflix didn’t reveal the reason behind the show’s cancellation, which came as a surprise to many, especially after season 2 debuted on the Netflix Top 10 as the second-most viewed English-language TV title and the third-most watched title overall (with only Cobra Kai and Narco-Saints outranking it) during its first-week viewing window. Season 2 remained on the Netflix Top 10 for five weeks and season 1 even broke into the chart for two weeks following its season 2 premiere.

But as is the case with other Netflix series cancellations, strong viewership doesn’t guarantee a renewal, as the production cost is also a huge factor in whether or not a show will get another season. For instance, Neil Gaiman said earlier this year that he wasn’t confident that the hit series The Sandman would get renewed for a season 2 despite its chart-topping status. “Sandman is a really expensive show,” he tweeted in August, three months before the show was renewed for a sophomore run. “And for Netflix to release the money to let us make another season we have to perform incredibly well. So yes, we’ve been the top show in the world for the last two weeks. That still may not be enough.”

How did Fate: The Winx Saga end?

Season 2 of Fate: The Winx Saga ended on a huge cliffhanger, which will now serve as the show’s ending. In the series finale, fire fairy Bloom (Abigail Cowen) was tasked with sealing away the Realm of Darkness, which can only be closed from the inside. After bidding a tearful farewell to her love interest Skye (Danny Griffin), Bloom locked herself within the realm with her mother by her side to keep her company for the foreseeable future.

Prior to the cancellation news, Young told Entertainment Weekly that it was important that the season 2 finale left the series with “more places to go” for a then potential season 3. “The goal is to answer what is the Realm of Darkness?” Young said in September 2022. “How is Bloom and her mom connected to it? Also, how it connects to our big overall mythology, which we sprinkled in a little bit of in season 2.”

Unfortunately for fans, those questions will no longer be answered, as the show is officially not coming back for a season 3.

Is Fate: The Winx Saga complete?

Since the second season of Fate: The Winx Saga ended on a cliffhanger and Netflix opted not to renew the series for a third season, the story of the series isn’t complete. The people behind the show, however, have the option to finish the story in other forms.

Fans won’t be surprised if the story will wrap up in a novel, as the show has already had two tie-in novels. In February 2021, a novelization of season 1, titled The Fairies’ Path, was released. Written by Irish author Sarah Rees Brennan under the pen name Ava Corrigan, the novel features bonus scenes and character backstories not seen on the show’s freshman run.

And in August 2022, another novel, titled Lighting the Fire, hit the bookstores. Set before the events of the show’s first season, the novel features an original story not seen in the show. The second book was also written by Sarah Rees Brennan, but this time under her real name.

Where to watch Fate: The Winx Saga

All two seasons of Fate: The Winx Saga are exclusively streaming on Netflix.

Haven’t seen Fate: The Winx Saga yet? Check out the show’s official trailer below: