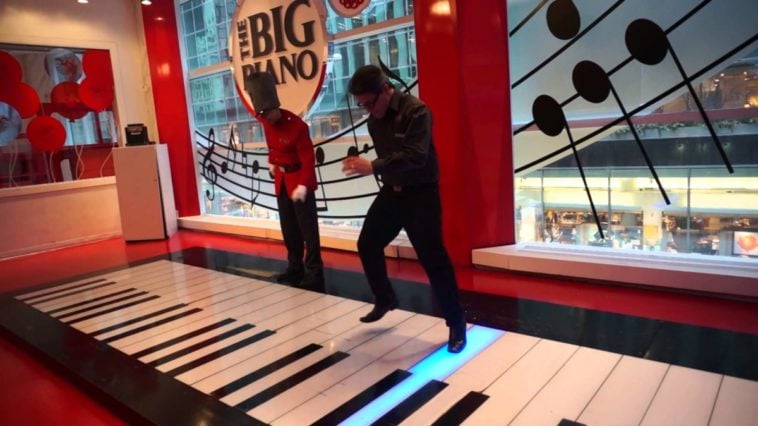 The iconic FAO Schwarz toy store is returning to New York City after a three-year closure.

Although it’s just one-third the size, the new 30 Rockefeller Plaza storefront is no less prestigious. What’s more, fans of the famed retailer will be pleased to know that the new location will, indeed, feature the Walking Piano made famous in Big.

Fans of the 1988 hit movie may remember when Tom Hanks and Robert Loggia danced to ‘Chopsticks’ atop the now-famous floor piano. The store was also prominently featured in Home Alone 2 (1992) and The Smurfs (2011).

FAO, which opened its first retail shop in 1862, grew to amass 40 various locations across the United States. In 2009, Toy’s “R” Us bought the company, however, resold to ThreeSixy Group in 2016 – one year after closing the famous GM location.

Such a lengthy commitment leads many to believe ThreeSixy Group is wholly dedicated to rebuilding the FAO brand.