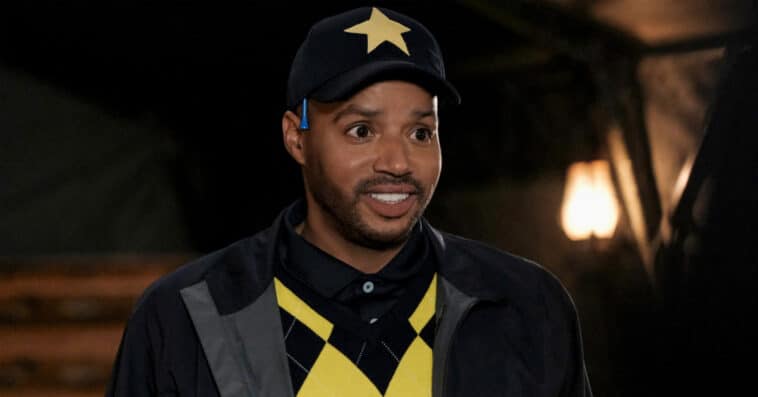 Donald Faison made his debut appearance as Booster Gold in the season 7 finale of The CW’s Legends of Tomorrow. Fans are supposed to know more about the character after season 7, but because the network canceled the series last month, it’s unclear whether viewers will get to know him more through the remaining Arrowverse series. Though there’s no word yet if fans will ever see Faison’s Booster Gold in live-action again, the recently released Earth-Prime: Legends of Tomorrow comic gives more background to the character.

In a series of tweets promoting Earth-Prime: Legends of Tomorrow #3, which was released on May 3rd, Park shared a number of spoilers from the comic. One of those is the fact that the Booster Gold story featured in the issue “was designed to tease his potential season 8 story (sigh).” Park also tweeted that the comic also explains “how he removed his Fixed Point bracelet,” revealing that the solution they came up with made Booster Gold “the 4th person this ‘season’ to have a run-in with the Waverider airlock.”

Furthermore, Park shared a photo from Legends of Tomorrow season 7 finale and revealed that the man arresting Astra (Olivia Swann) in the pic is officially named Jurgens, in honor of Booster Gold creator Dan Jurgens.

Park also revealed that his co-writer Lauren Fields wrote a very funny cameo appearance of Carter Hall (Falk Hentschel) and Kendra Saunders’ (Ciara Renée) Egypt selves. However, they had to cut it for panel space. Park also shared that Kayla’s (Aliyah O’Brien) dad was written as “a cross between” Mick Rory (Dominic Purcell) and Gary Green (Adam Tsekhman), praising artist Paul Pelletier for wonderfully bringing life to the character in the comic.

The Booster story was designed to tease his potential season 8 story (sigh), but also explain how he removed his Fixed Point bracelet. Incidentally, the solution we came up with made him the 4th person this "season" to have a run in with the Waverider airlock lol

First announced last January, Earth-Prime is a three-month, six-issue event set entirely in The CW’s Arrowverse. Approved by the producers of the network’s DC superhero shows, all issues of the comic book miniseries are part of the franchise’s canon. Each of the first five issues spotlights one Arrowverse series, with the sixth issue serving as a crossover finale.

DC Comics revealed in January that Earth-Prime’s first issue centers on Batwoman, with the second installment bringing Superman & Lois to the two-dimensional world of comics. And as first reported by AIPT Comics in February, the third issue of the comic book miniseries is dedicated to Legends of Tomorrow, with the fourth part officially bringing Stargirl to the Arrowverse fold. There are no details yet on the fifth issue, but it will likely put The Flash front and center.